Traveling in November may be inconvenient due to Thanksgiving crowds and unruly weather in some parts of the United States. Still, the month also offers pleasant fall temperatures and spectacular foliage in some areas.

Thanksgiving makes the end of November a busy travel time, with usually heavy traffic. Many children get time off of school for the holiday, and lots of people leave their homes to spend time with their families. Most Americans travel by car for Thanksgiving.

Approximately 53.4 million people travel for this holiday, which means many busy roads and airports.

Make sure to read our special safety tips at the end of this article.

Best Time To Travel in November for Less Traffic 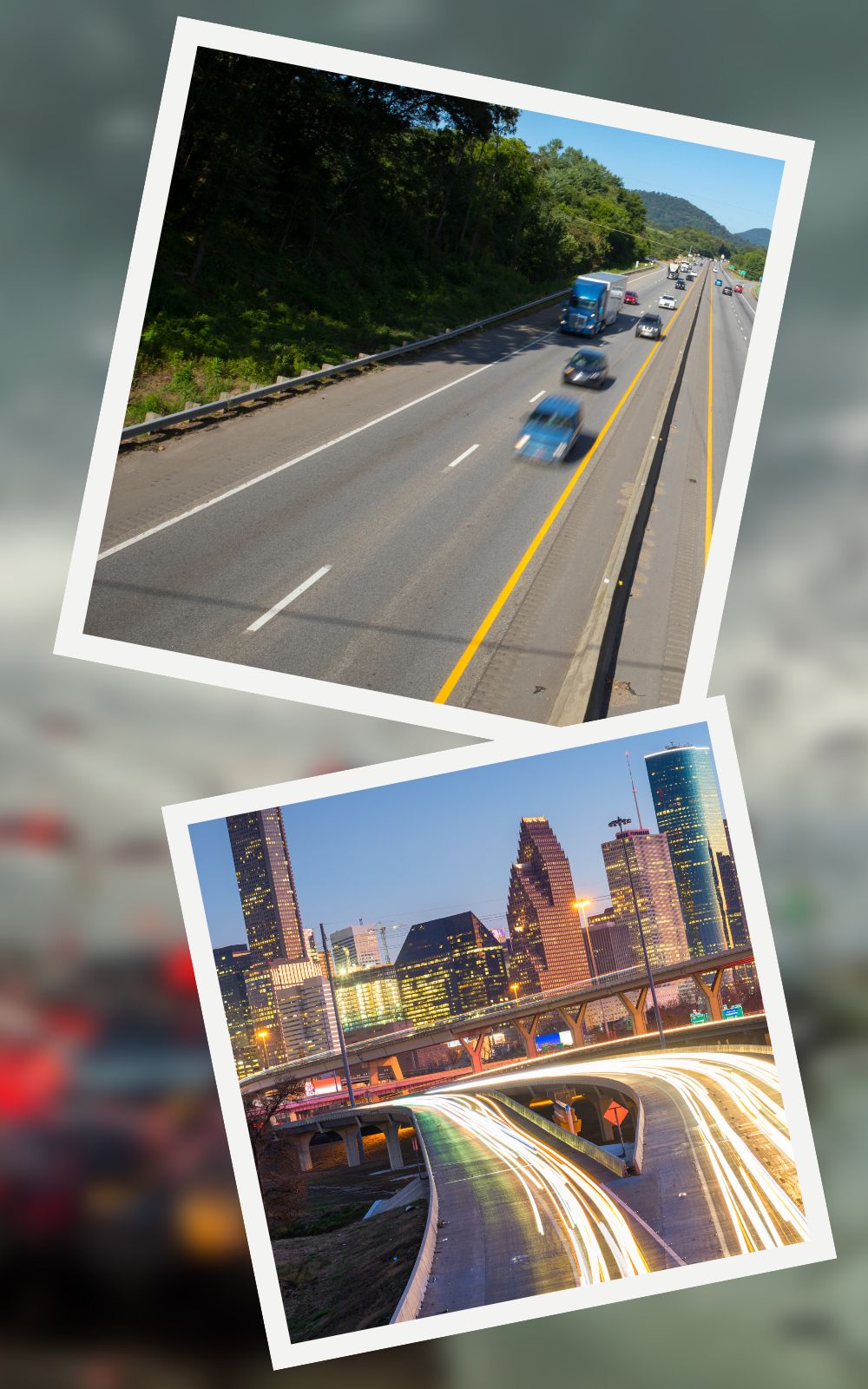 The best time to travel in November to avoid busy traffic conditions is on weekdays at the beginning of the month in the late morning and early afternoon. It’s best to avoid those days since most people save their travel plans for Thanksgiving, which falls on the fourth Thursday in November.

Here’s a breakdown of what November typically brings in terms of traffic:

Typically, traffic is light the first week of November because kids are still in school, and most people will be saving their travel for Veteran’s Day weekend and Thanksgiving. Rush hour will likely be busy in some cities, but other than that, there shouldn’t be any unusual traffic conditions.

These weeks usually aren’t too busy traffic-wise; however, many people get Veteran’s Day off of work. Veteran’s Day is November 11th, so some may wish to take advantage of the three-day weekend and take a trip. Because of this, there might be heavier traffic for the return trip on November 11th and November 13th.

The day after Thanksgiving is usually a slower traffic day, as most people are still recovering from their food comas and spending time with family. There may be some traffic due to Black Friday shopping, but if you leave early enough in the morning, you’ll likely experience light traffic conditions.

Best Time To Travel on Thanksgiving by Car 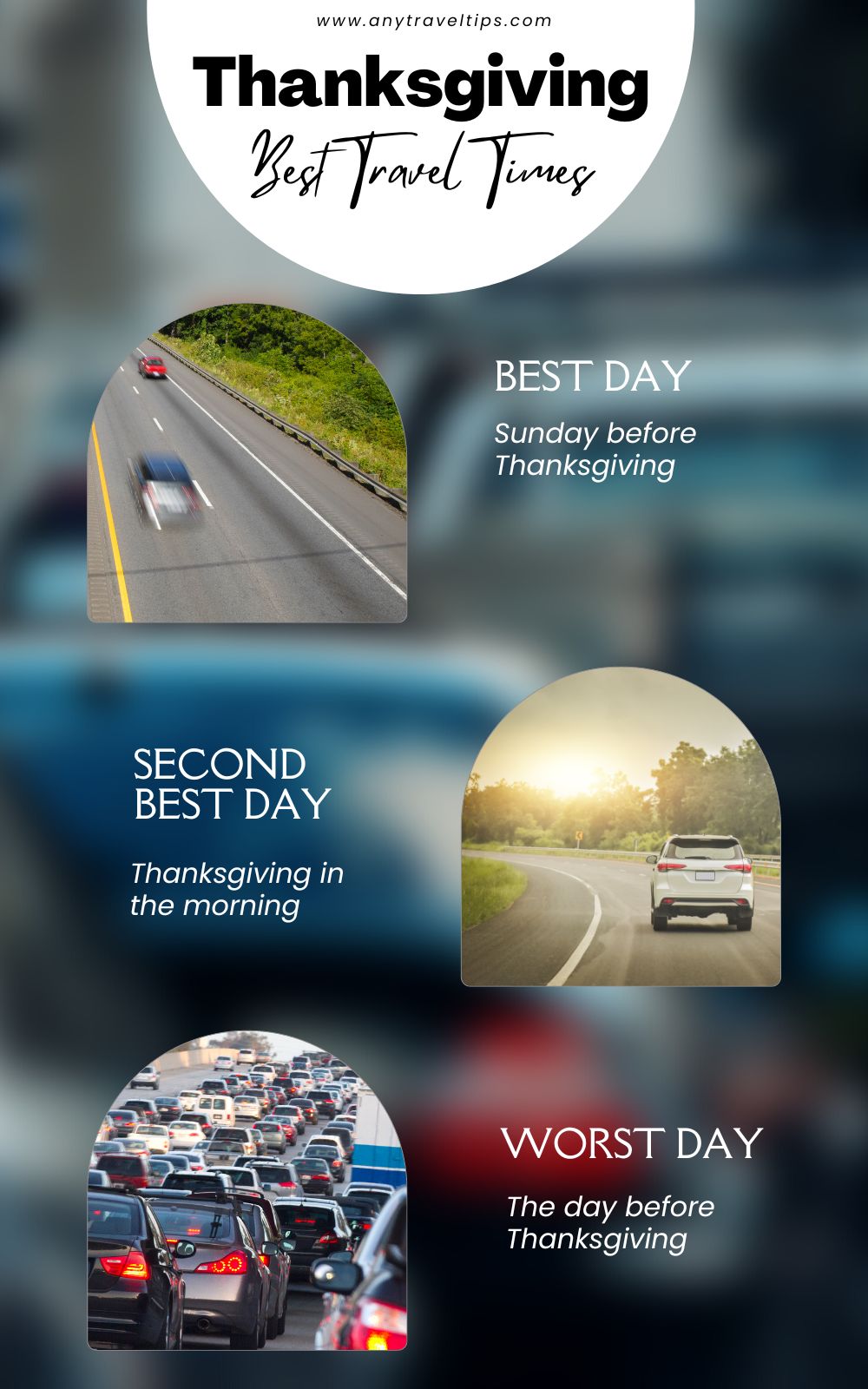 Road trips are a common way to travel around Thanksgiving, so streets and highways get congested quickly. Over 90% of all Thanksgiving travelers get to their destination by car. Traffic can even get bumper-to-bumper in some areas, so it is best to leave at less popular times for your journey to your destination and return home.

Here are the best days and times to travel by car for Thanksgiving:

If you start on Thanksgiving morning, try to leave as early as possible, depending on the length of your trip. We usually leave before 6 AM.

Here is when you should avoid hitting the road:

💡 If you absolutely must go on Wednesday (the day before Thanksgiving), leave very early, between 5 and 6 AM, to avoid heavy traffic.

Here are some good times to start your journey home:

Here are the worst times to begin your return:

The busiest cities to drive in around Thanksgiving are:

If you’re planning on driving in these areas, be prepared for heavy traffic conditions. 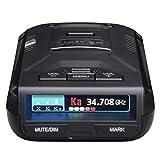 The ESCORT IXC Laser Radar Detector (via Amazon.com) is the best one under 400 USD you can buy, and not only for your Thanksgiving trip. It finds every single radar for miles! Amazon is an authorized reseller, so it’s safe to order it there.

Is it Safe to Drive for Thanksgiving? 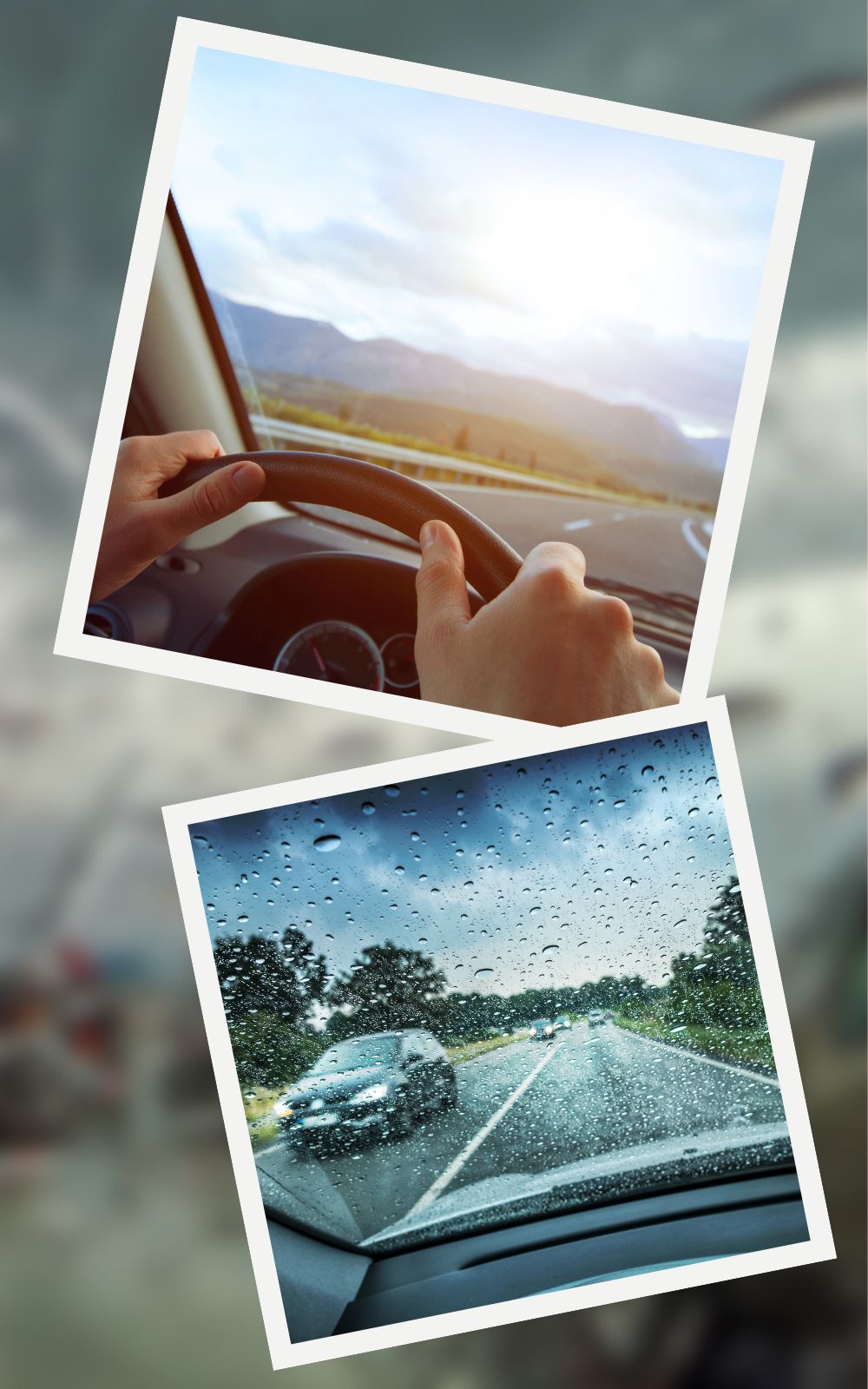 Driving for Thanksgiving is safe as long as you check weather conditions ahead of time and prepare for cold temperatures and snow. You’ll also want to check GPS maps to see how bad the traffic is before you leave.

Driving on or around Thanksgiving can be a stressful experience, not only because of traffic conditions but because of bad weather conditions. November is the cloudiest time of year for the northern United States, and for many cities in the Northeast, Midwest, and West, it is also when the first measurable snowfall occurs.

The following cities typically see their first accumulating snow of the winter season in November:

The Great Lakes states usually experience terrible weather in November due to the lake effect. Cold air flowing over the Great Lakes generates precipitation, which causes heavy snowfall in cities such as Buffalo, New York, and Grand Rapids, Michigan.

Snow isn’t the only concern. From our experience, November also brings intense windstorms throughout the Midwest. These winds can cause power outages and tree damage, making road travel more difficult and dangerous.

Finally, November is the wettest month along the West Coast, so areas such as Portland, Oregon, and Seattle, Washington will get more precipitation in November than any other year. Heavy rains can make driving incredibly dangerous due to lack of visibility and hydroplaning.

Therefore, if you are planning on driving around Thanksgiving, check weather conditions ahead of time, so you’re prepared for what’s to come. It’s also a good idea to pull over whenever you feel uncomfortable with the road conditions.

Read more safety tips when dealing with fog and rain below: 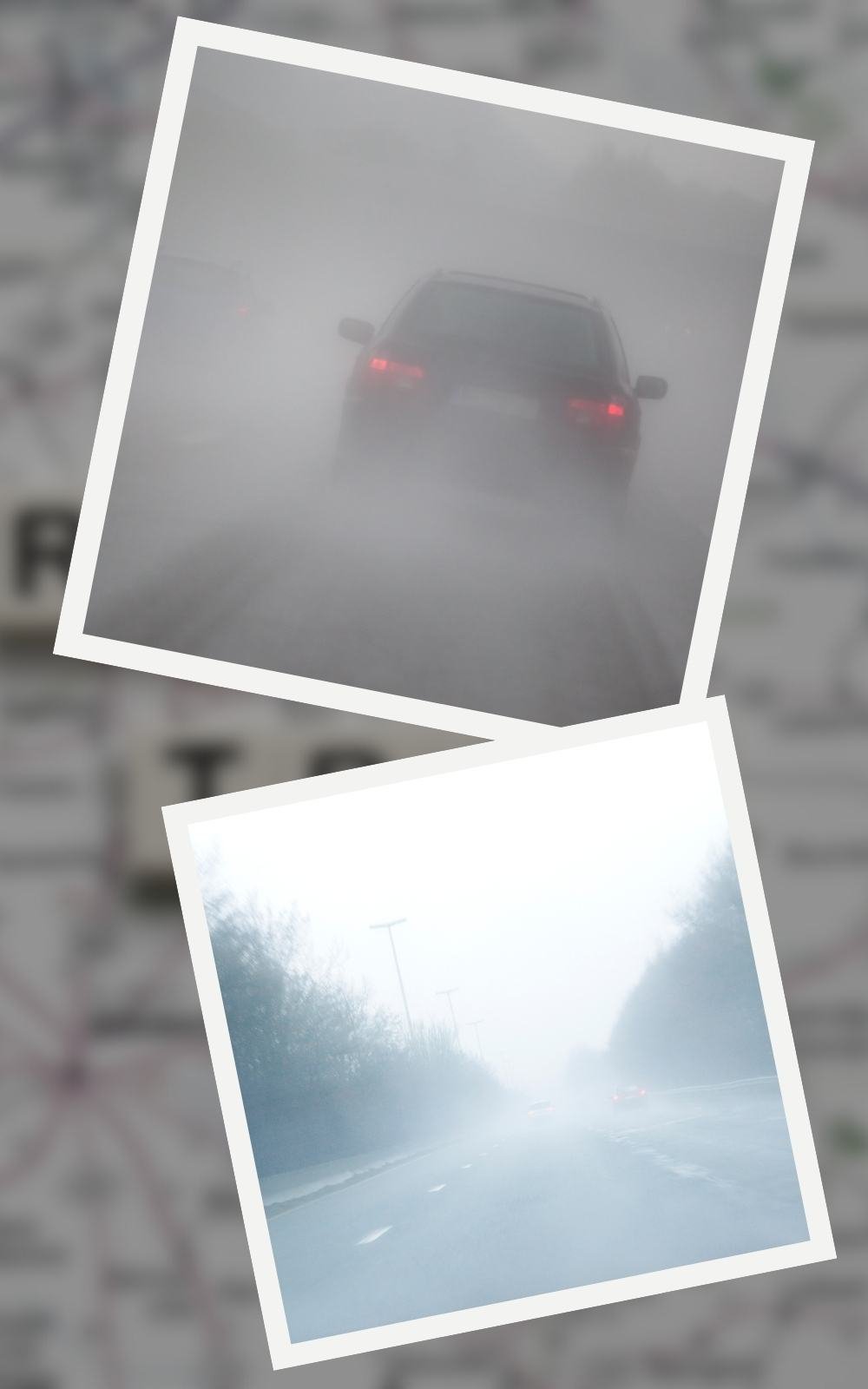 Fog is a cloud that rests on the ground, which can seriously impair your vision while driving. These conditions are more likely during the morning hours in November.

💡 Because fog can severely limit your visibility, many drivers try to use their high beams. However, the bright headlights will only reflect off the water droplets in the air, making your visibility even worse.

Fog can also be an issue at night, which is even worse because your visibility is already reduced by low-light conditions, and fog can increase the problems associated with glare. It will also make your headlights much less effective, making them more challenging to see while you’re driving. 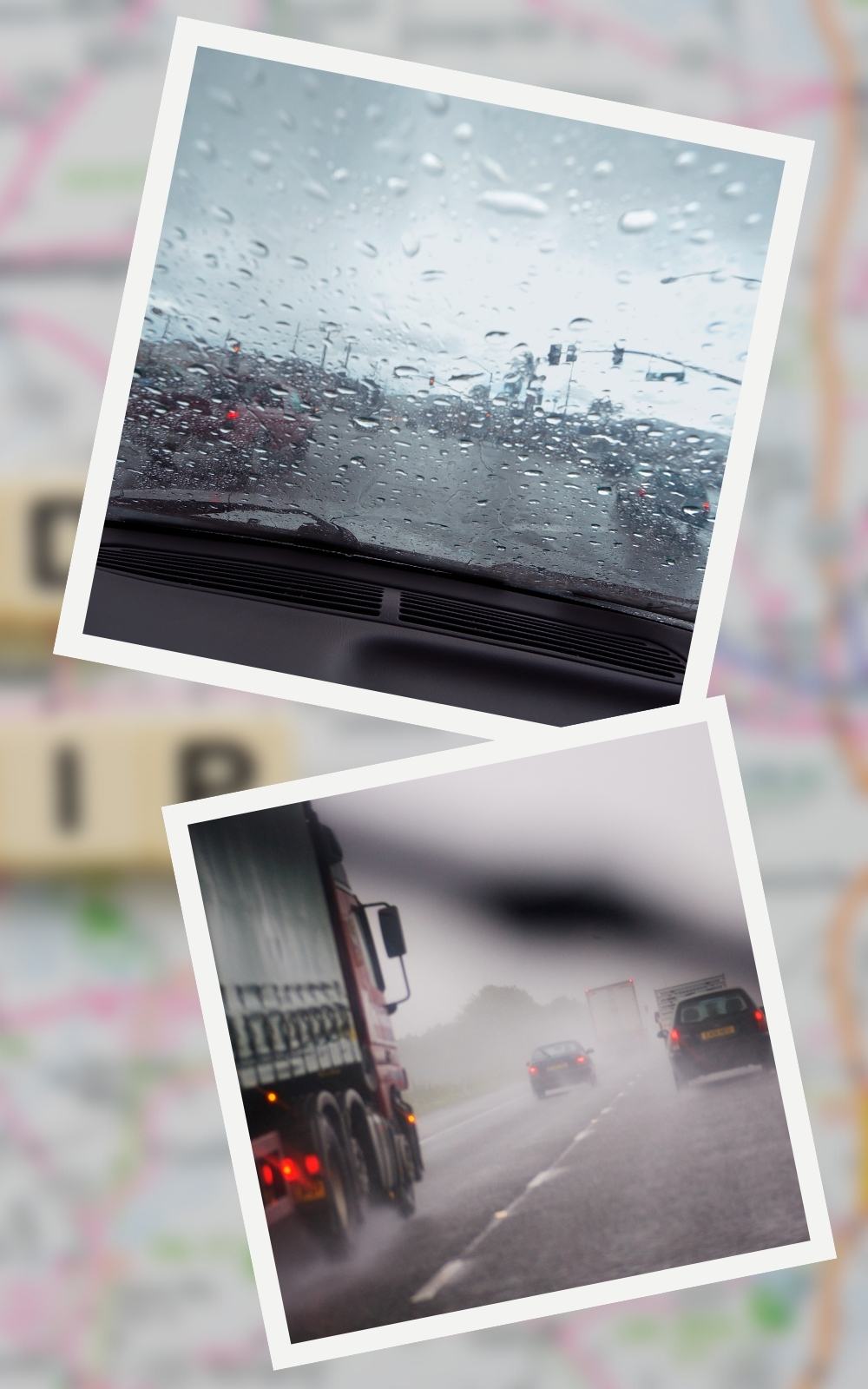 Rain reduces driver perception and is even more severely limiting if you drive at night during November. Rain makes headlights and other light sources less effective at night.

It also causes the roadway to appear darker at night and causes drivers to put most of their focus directly ahead of them. With peripheral vision already being limited after dark, and it is raining at night, the conditions become significantly more dangerous.

💡 Water on the road can also impact how your vehicle handles. If you’re driving on the interstate or highway, other drivers can make heavy rains more dangerous by slowing down or even stopping on the roadway, causing accidents.

If you’re not comfortable driving in poor weather conditions, it’s important to take a look at the upcoming forecast when planning your trip. 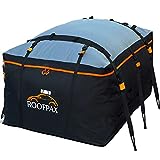 💡 Too much stuff in the back of your SUV or station wagon can obstruct rearward visibility, increasing the risk of accidents. Using a car roof bag reduces backseat cargo and improves rear visibility.

We tried 7 car roof bags and found the best one from RoofPax (via Amazon.com – Affiliate Link) on trips during September and November. We had about 30 minutes of rain, and everything in it was still dry. It’s an affordable, sturdy, waterproof, and practical way to safely transport a lot of items for your November road trips.

Best Time To Travel on Thanksgiving by Plane 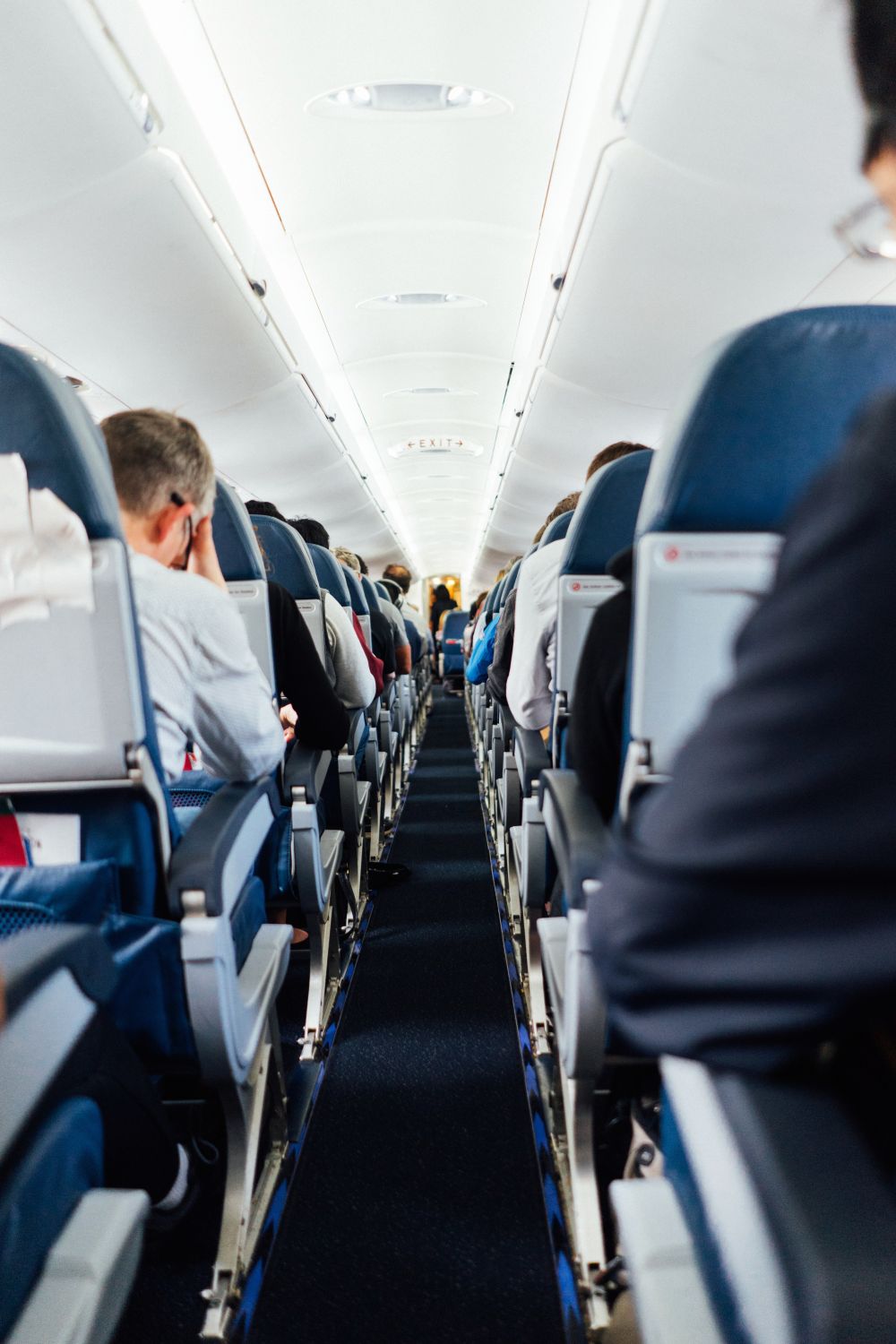 Most Americans choose to travel by road for Thanksgiving, but still, an estimated four million people will get on a plane around the holiday. Crowded airports mean long lines and potential missed flights, so planning is essential.

Here are the best times to leave for your Thanksgiving destination by plane:

Here are the worst times:

For your return journey, try to leave at these times:

Airports will be more crowded at these times for the return home: 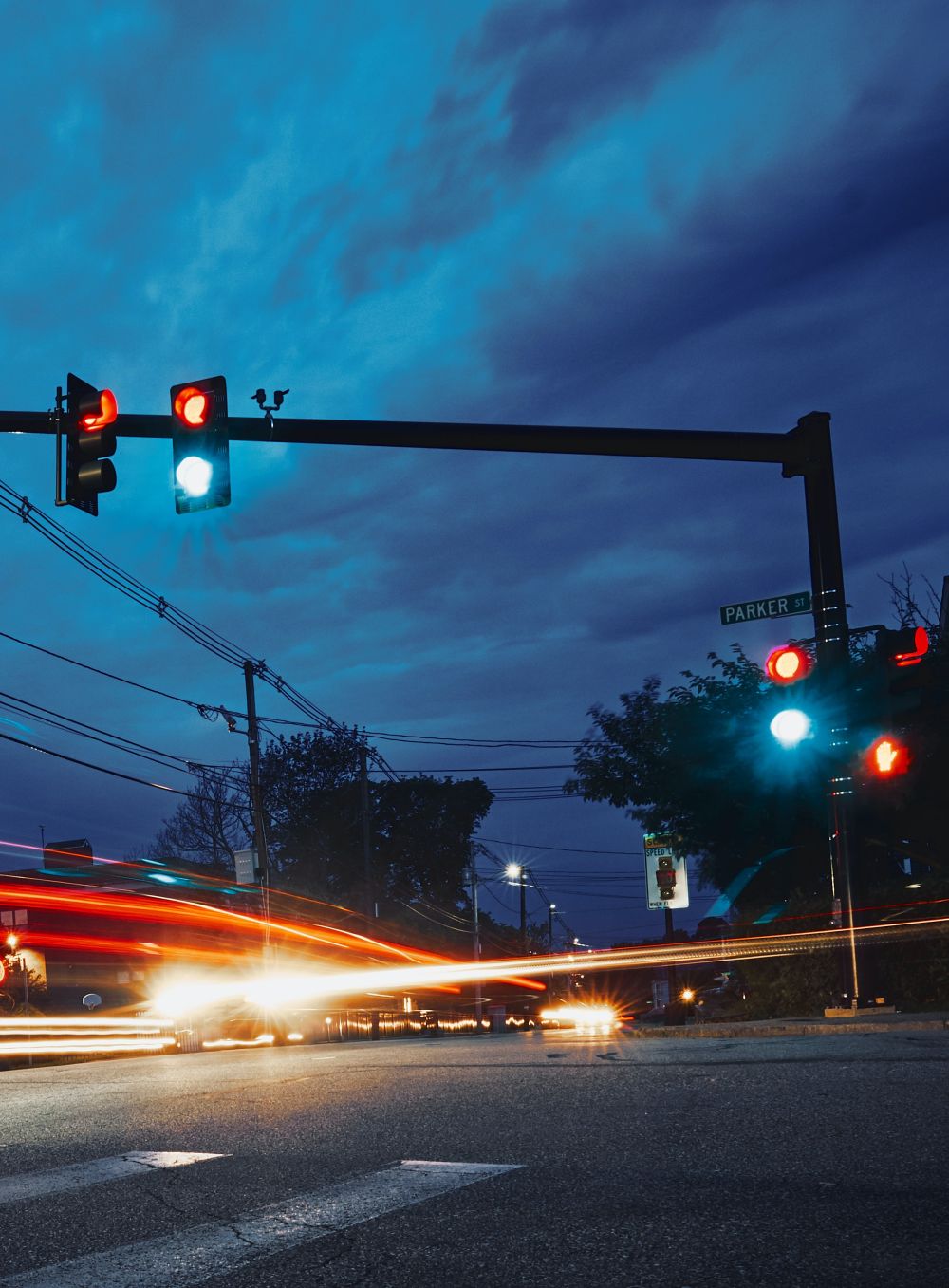 Our general tips for dealing with heavy traffic and congested roads around Thanksgiving:

When there is a lot of traffic during Thanksgiving week, people will start to get impatient and try to merge where they probably shouldn’t. The last thing you need is something else to take your mind off of these things. It’s important to:

It’s best to leave at least 3 seconds between you and the driver ahead of you. Using steady objects is a good way to measure this. Start counting when the car in front of you passes a light pole. If you get to three before you pass the same light pole, you’re in the safe zone.

Keep an eye out for the brake lights, too. If the driver ahead of you starts to slow down, you should keep the same distance.

3. Watch Out for Heavy Traffic in the Distance

When you’re getting close to a busy part of the road during Thanksgiving week, you should take your foot off the gas and let your car coast forward. This will slow you down and save gas at the same time.

Depending on how close you are to heavy traffic, you may also need to brake to slow down to a safe speed.

If you slow down, it’s possible that the heavy traffic will break up before you get there. This constant, slower speed will save gas and make it less likely that you will get into an accident.

If you follow our tips above about the best travel days around Thanksgiving, you might not have to deal with heavy traffic at all. Other general things to keep in mind are:

Tip: If possible, you should know both a highway route and a side street route so that if one fails, the other can take over.

If you’re traveling in November, remember that Veteran’s Day and Thanksgiving are popular holidays for travel, so you most likely won’t be the only car on the road or the only person on a plane. However, if you’re well-informed and prepared, you can still have a great travel experience and get where you need to go without too much stress.