As a place where birds are far more abundant than people, Lundy Island in the United Kingdom is perhaps best known for its colony of puffins. The Lundy Island puffins have long been a feature of the landscape, so much so that the name ‘Lundy’ translates as ‘puffin island’ in the Old Norse language.

When to See The Lundy Island Puffins

One of the most charismatic seabirds, the puffin is a favourite of many bird watchers and is an iconic sight on the British coast. Puffins spend the majority of their time at sea, but come ashore to breed once a year. They prefer to build their nests on cliff tops and remote islands, and this is why Lundy Island provides a perfect habitat for them. 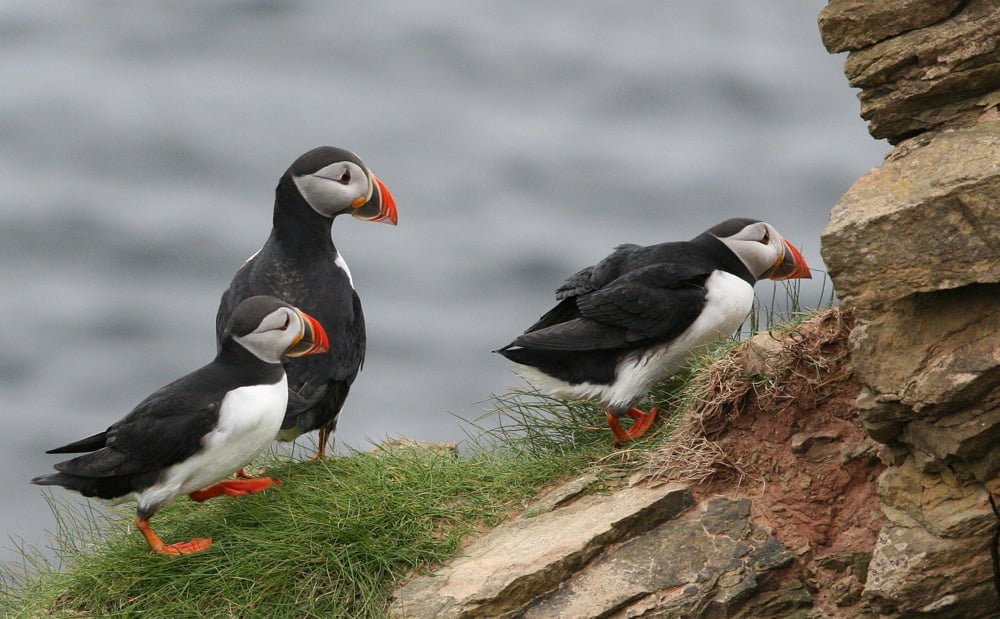 The puffin season on Lundy Island occurs from the end of March until August. The peak period falls between the months of April and July which makes it the best time to visit. During this period, almost 400 puffins can be seen nesting on Lundy Island at any time, This alone is a wonderful spectacle for every visitor. The majority of the birds are found on the island’s north-west coast, with Jenny’s Cove and St. Phillip’s Stone being particularly good spots for puffin viewing. 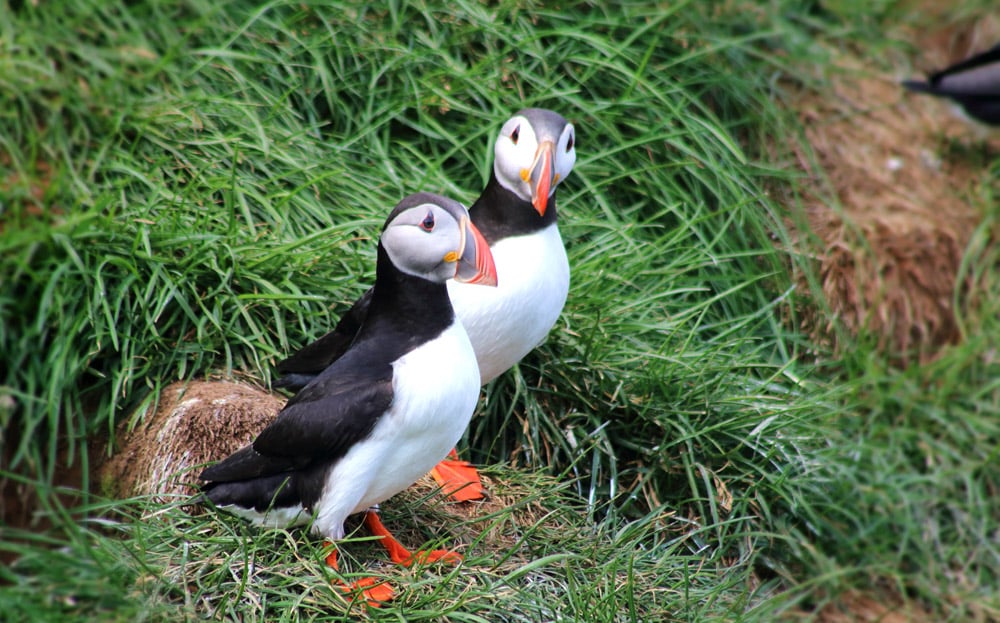 After breeding, the puffins return to the ocean. Despite this, they occasionally come close to shore outside of the breeding season and so it is possible to see puffins around Lundy Island at any time of year, although not in large numbers.

How to Get to Lundy Island | Ferry 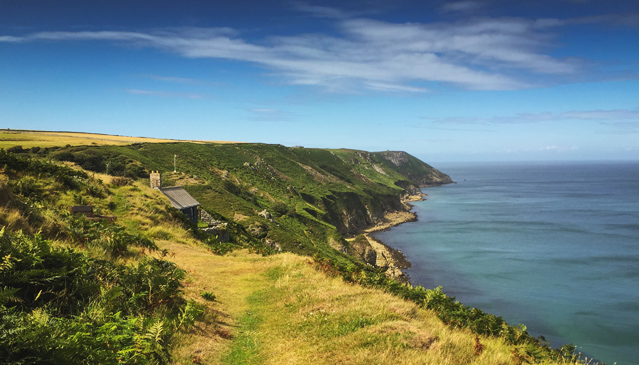 Situated just off the Devon coast, the best way to get to Lundy Island is via the MS Oldenburg ferry, which sails to the island regularly from Bideford or Ilfracombe. There are also several reputable charter companies who provide boat services, and you can even get to Lundy Island by helicopter.

Trips on the MS Oldenburg are available from late March until the end of October, during which time the ship sails several times a week, departing from either Bideford or Ilfracombe. Being Lundy Island’s very own ferry and supply ship, the Oldenburg is fully geared up for passengers and provides heated seating areas, as well as a bar, shop, and information center. The crossing takes about 2 hours each way and provides ample time for exploring the island.

Helicopter | Off-Season: Outside of the summer season, the ferry is replaced by a helicopter service that operates between Lundy Island and Hartland Point. Generally, the helicopter trips fly on Mondays and Fridays and take a mere 7 minutes to reach their destination. This can be a truly spectacular way to get to and from Lundy, offering some fantastic aerial views of the island. However, it’s important to note that helicopter trips are more expensive than the ferry and accommodate fewer people and less luggage.

If neither of these options suit your schedule, various charter companies offer boat trips to the island from Ilfracombe, Clovelly, and Appledore. Each one varies in price, passenger number, and operating time, so it’s best to check thoroughly before booking. 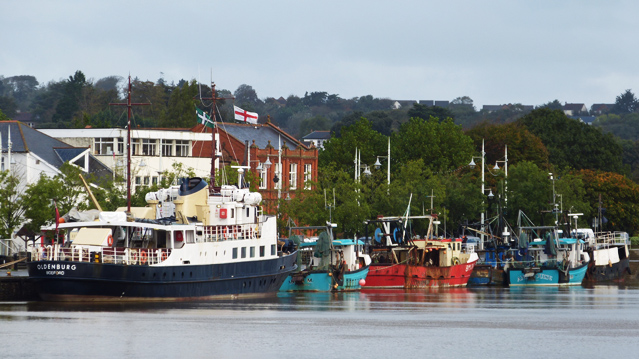 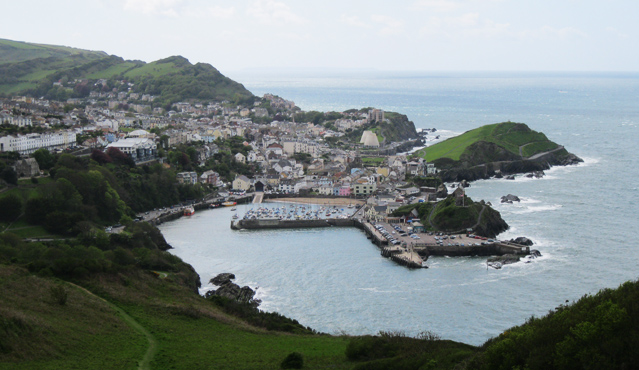 Ilfracombe by Andrew Bone, CC BY

Since the MS Oldenburg departs more often from Ilfracombe than from Bideford, you might choose to stay there for a night or two. Tip: You don’t need to check the deals below very often. Just click ‘See all deals’ and then bookmark the search results page! 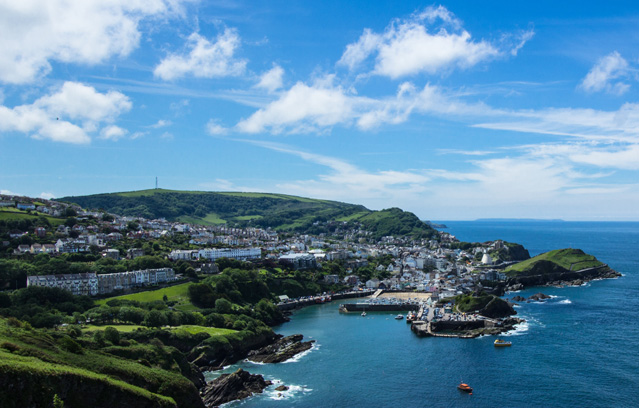 With Bideford and Ilfracombe being the two main access towns for Lundy Island, it can be a great idea to combine a trip to the island with a short stay in either settlement. There is a range of accommodation on offer and each town caters well to tourists, differing slightly in the activities available.

Ilfracombe is known for being a growing gastronomic hub in Devon, with enough restaurants and eateries to satisfy the tastes of anyone. Arguably, the restaurants here provide some of the best seafood menus around, featuring delicious, locally-caught produce. Ilfracombe is also surrounded by numerous sandy beaches, making it great for walking or for days out on the beach. Not to be outdone by its coastal neighbor, Bideford has just as many things to see or do. The town is popular among shoppers and nature-lovers alike, with charming independent stores, a picturesque quay, and easy access to the nearby Exmoor National Park.

Covering just 4.5 square kilometres, Lundy Island forms a steep, rocky area of land that is host to an incredible diversity of historic sights and natural wonders. Its unique location in the Bristol Channel has helped make the island a haven for wildlife, largely because it lies in the path of some major bird migration routes.

As a result, several rare species can be found here, with Lundy Island being designated as a Marine Nature Reserve and a Site of Special Scientific Interest. Alongside these accolades, the island has some incredible scenery on offer, with rugged cliffs in the west and sloping grasslands rich in wildflowers in the east.

Things to Do on Lundy Island 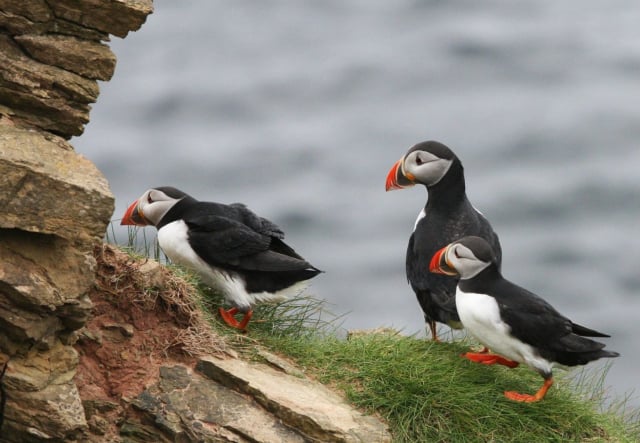 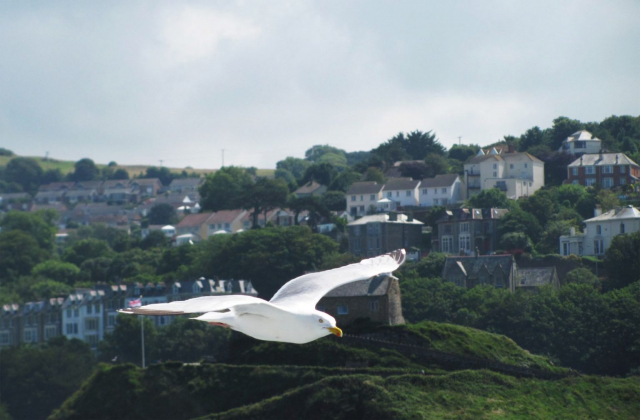 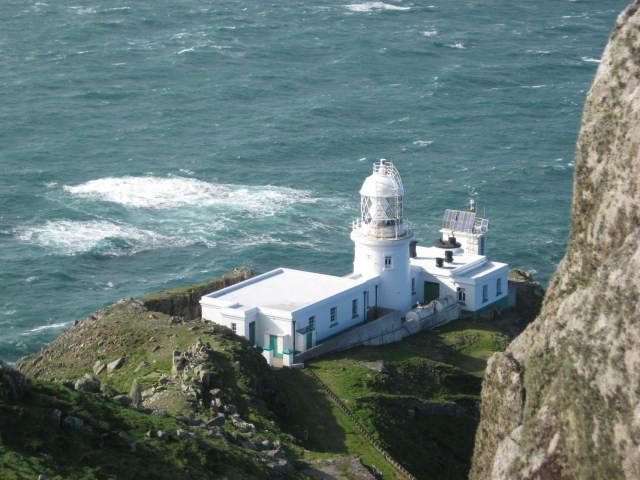 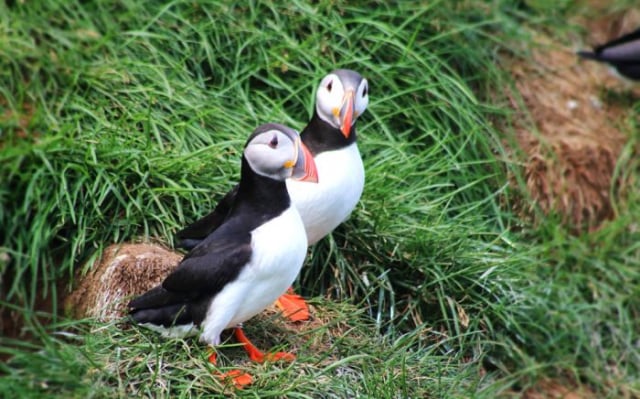