If fewer crowds and milder weather sound appealing to you, you should know that those are just a couple of benefits you get when visiting Orlando in October!

There are a lot of events going on in Orlando in October, and it may seem difficult to fit everything you want to do into a well-thought-out plan. That’s why our local prepared all the best suggestions and information to make your trip to Orlando the best it can be during this month.

It gets better: You won’t find some of the following tips from our Orlando local anywhere else!

Is October a Good Time?

October is a very good time to visit Orlando if you are looking to avoid the hot and humid mugginess of summer. The weather is slightly cooler, and there is less rainfall. October also is the month of Halloween, with all the area theme parks hosting their own seasonal events for the spooky holiday.

If you only have two or three days for Disney, we highly recommend the ‘Hopper Ticket’ (see above). For Universal and the Space Center, you are free to choose. Click on the banner to see more options.

Orlando is still warm in October, though it is less humid and rainy. The average high temperature ranges from 80 to 86°F (27-30°C) and decreases throughout the month. Hurricane season is almost over, and rainfall slowly decreases towards the end of the month, with an average of 2.0 to 4.1 inches.

Temperature progression for a typical day:

💡 Weather tip: Orlando occasionally experiences cold fronts in October that drop temperatures into the high 60s and low 70s. Keep an eye on the weather forecast and pack light layers just in case!

The weather in Orlando is much more bearable in October, with highs rarely breaking into the 90s. Instead, temperatures tend to range from the mid-70s to the mid-80s on an average day. Usually, we have great weather throughout October, as it is the beginning of our mild Central Florida fall.

October is the final month of the rainy season here in Orlando, ending in mid-October. Rainfall will start to decrease rapidly as the month goes on, but hurricanes and tropical storms are still possible, especially in the first half of the month. Take proper precautions when necessary.

The average rainfall in Orlando in October is 4.1 inches at the start of the month and 2.0 inches by the end of the month. There is much less of a chance of getting caught in afternoon thunderstorms, which are very common during the summer, but not so much in the fall.

Hurricanes: Though hurricane season continues through November 30, the chances of being near a hurricane in Orlando during any given week in October are minuscule. I would not worry about it. Chances of rainfall continue to decrease throughout the month.

Can it rain the whole day? Rainfall won’t spoil your Orlando trip throughout October, as it usually doesn’t last very long. Of the fraction of days that experience rainfall, these instances are usually brief afternoon showers. When planned accordingly, rainfall won’t interrupt your day at all.

Orlando is naturally a humid place due to its proximity to the equator. However, in the month of October, you will start to see a shift as the weather transitions from summer to fall. There is a reduction in humidity levels this month, which continues to become more noticeable later in the month when the city experiences lower temperatures and less rainfall.

The morning hours usually have humidity levels of 88% and drop to 57% during the late afternoon. On a daily basis, Orlando humidity averages 75% in October.

What to Wear / What to Pack 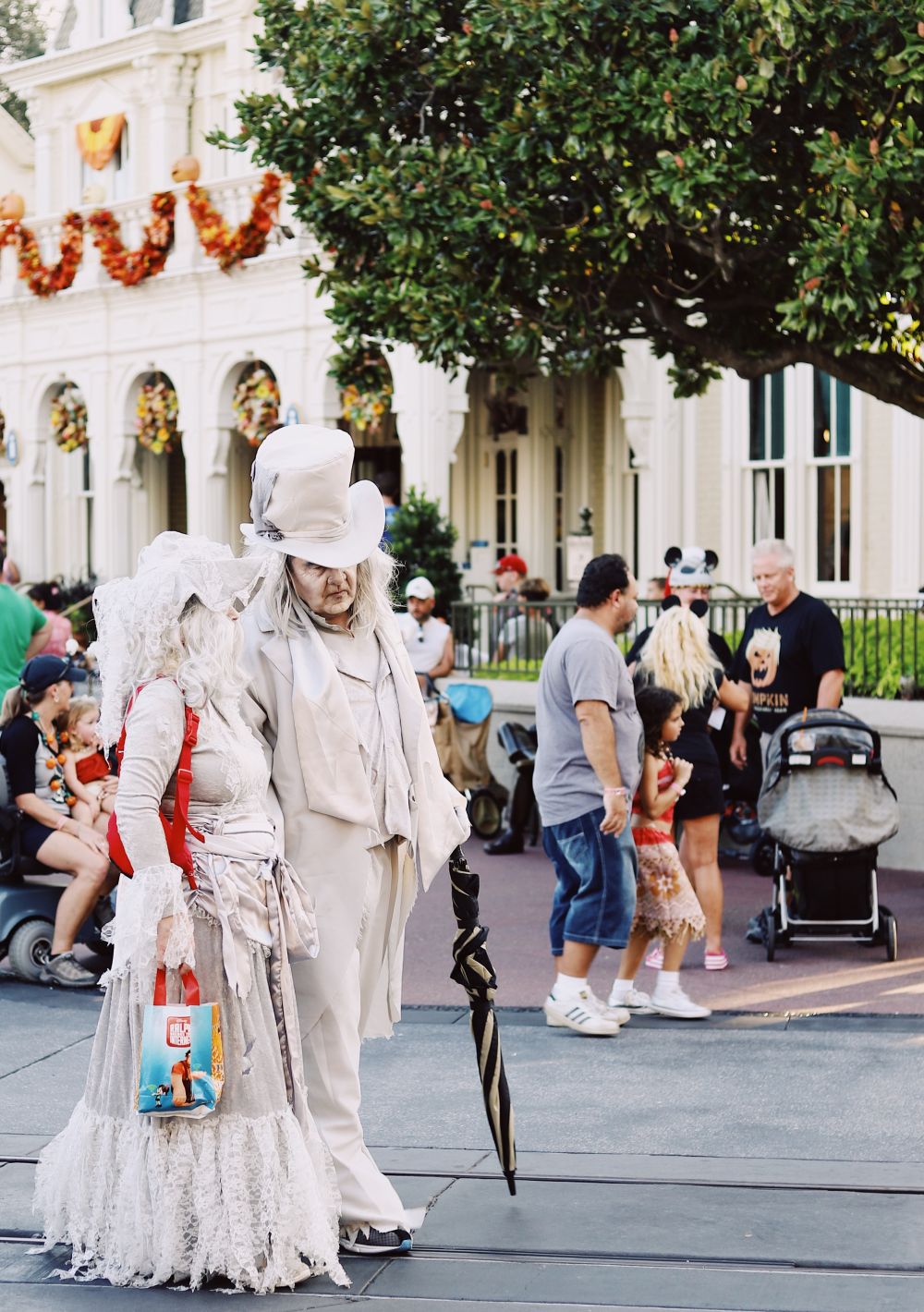 Having lived in Orlando for years, we can give you some great and helpful tips on what to wear this month. When planning which clothes to pack, keep in mind that the temps throughout October can vary significantly during the day, with 10-15°F differences being common.

During October in Orlando, you will likely want to wear layers. Shorts and tank tops are great most of the time, especially during afternoon outings. A light jacket is good to have for early mornings and cooler evenings, as well as a raincoat or umbrella for potential rain showers.

💡 Shoe Tip: You will want to make sure to pack some comfy, broken-in walking shoes and sandals – especially if you are planning some long days at the Orlando theme parks. You will be walking many miles when visiting Disney or Universal. Sometimes we walked over fifteen miles on one day at Disney alone.

💡 Walking / First Aid Tip: When staying in Orlando, we always make sure to keep a mini first aid kit handy throughout the day for walking long distances. Since most people are not used to the amount of walking done when visiting a theme park, this can lead to unexpected blisters and cuts. By having ointment and Band-Aids on hand, you’ll be able to treat any of these small injuries right away! 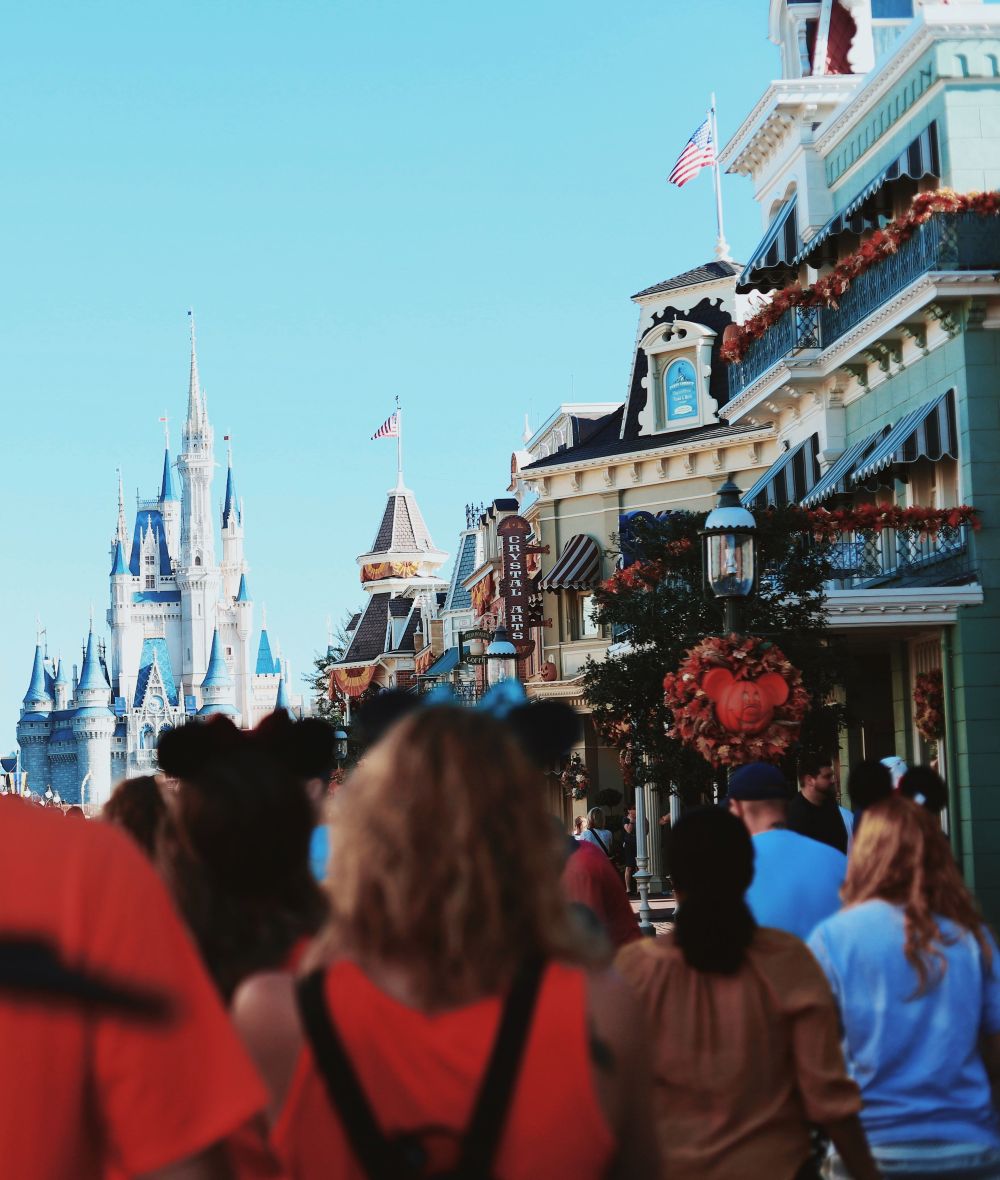 The fall tends to bring fewer visitors to Orlando compared to summer and winter.

Orlando sees fewer crowds in October than most of the year. The theme parks aren’t as busy as in the summer, but they do get more crowded during the late afternoon, evenings, and weekends when special Halloween events are being held.

Kids are in school and likely won’t have any holidays until Thanksgiving. Unless they are big Halloween fans, vacationers will likely wait to visit when the winter holiday festivities begin in December, when the weather is even cooler and hurricane season is over.

October tends to offer good rates to visitors that book their vacation during this month due to the smaller crowds. If you are planning on visiting for a Halloween theme park event, check out vacation packages that combine park tickets and hotel stays for exclusive discounts!

Things to Do and Theme Park Tips

As previously mentioned, the Orlando theme parks each host their own Halloween events during the month of October. Whether or not you are planning on attending one of these events, this section includes a lot of helpful information for your trip to the parks!

Tip: The later in the month of October you visit the parks, the lower the humidity and the lower chance of daily rain showers in Disney or Universal.

Events: In October, Disney tends to receive fewer visitors during the week due to their after-hours Halloween event, Mickey’s Not-So-Scary Halloween Party. This is a separately ticketed event that allows purchasers to enter Magic Kingdom Park during the mid-to-late afternoon.

Disney’s EPCOT park will be hosting its annual International Food & Wine Festival in October, which has many food and drink popups in its World Showcase, as well as a concert series and other special offerings.

Crowd Tip: If you are not planning on Mickey’s Not-So-Scary Halloween Party during your Disney visit, it is best to avoid Magic Kingdom park in the afternoon and onward during event days, as that is when it gets more crowded.

Once, we visited Magic Kingdom the morning after a Mickey’s Not-So-Scary Halloween Party night and were surprised with how few crowds there were!

While Disney World features multiple attractions, including water parks and golf courses, its main attractions are the four theme parks:

Tickets: For a hassle-free experience, get the base tickets in advance: Walt Disney World Orlando – Admission Base Tickets 2-7 days (mobile voucher or printed voucher)

How many days? If you only have two or three days, we recommend booking your tickets with the added Park Hopper option. This will enable you to spend half of your day in one park before hopping to another. That way, you can still have the opportunity to see all four Disney theme parks during your Orlando vacation.

Universal Studios is one of the most popular tourist attractions in Florida. Kids are back in school, and hurricane season is dying down. This means October is a great time to take advantage of good weather, cheaper rates, and lower crowds (except for Halloween).

Crowds: Halloween Horror Nights is guaranteed to bring crowds, especially during the weekends. Crowds will only increase the closer it gets to Halloween, with Halloween weekend being the peak time for crowds.

Tip: Hotels in Universal Studio Resort (stay there to save time)

Check out here if the ticket is worth it for you: Universal Orlando – Park-to-Park-Ticket

Additionally, some visitors always get the park-to-park ticket as they love to move around, especially if it’s too busy in one park (for example, if you visit on a weekend in October or during Halloween). It simply gives you more flexibility.

Skip-the-line-ticket: The crowds in October are low enough to do Universal Studios without the express/skip-the-line ticket mid-week. On weekends, we recommend them, as Halloween Horror nights are going on the entire month. So expect higher crowds on weekends.

Three parks: Universal Studios is not just one park. There are a total of three Universal parks, each with its own theme and unique attractions: 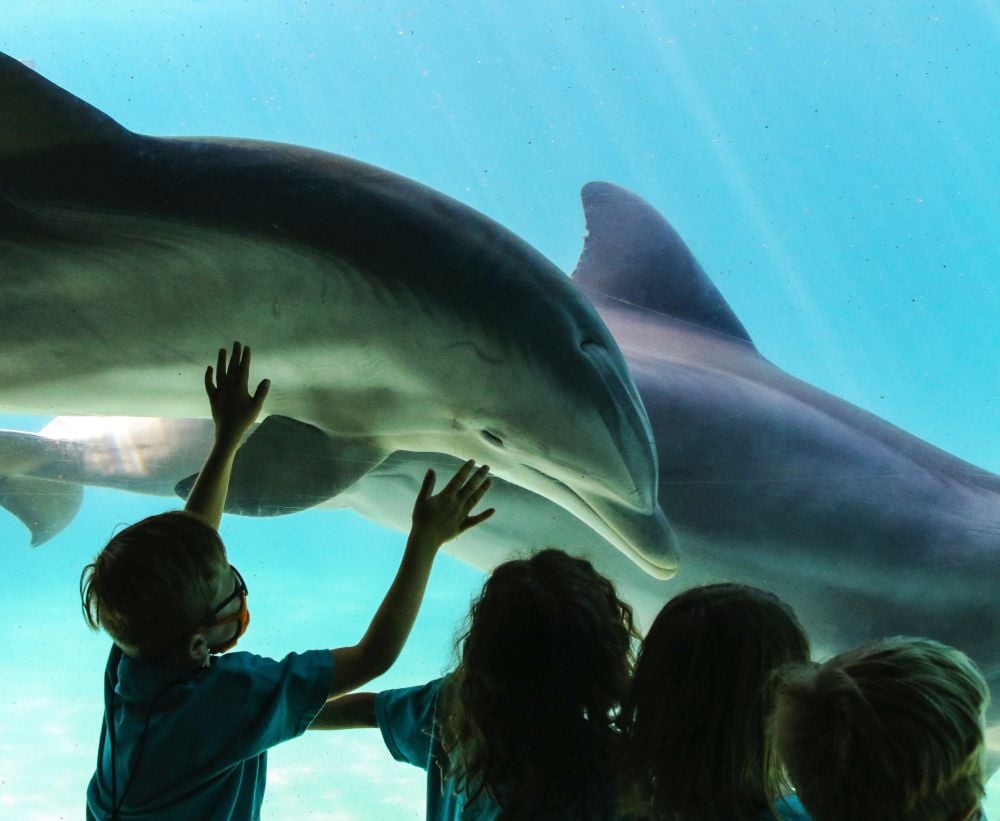 Events: SeaWorld Spooktacular is a daytime kid’s event held during October weekends and is included in park admission. Kids can dress up in costume and go trick-or-treating around SeaWorld. At night, the park hosts its separately ticketed Howl-O-Scream event for a more mature audience.

Crowd Tip: If you want to avoid crowds on your visit to SeaWorld in October, the best way to do so is to visit during the week. The park’s Halloween events are held on the weekends, meaning the parks see fewer crowds on weekdays.

Theme Park Packing Tip: Prior to visiting the Orlando theme parks, it is helpful to reference the packing list included above, especially the additional items section. A small backpack or fanny pack is essential for comfortably carrying items like a portable phone charger and a first aid kit. You don’t want your phone to die or let a blister go untreated. Either would put quite a damper on the rest of your day. 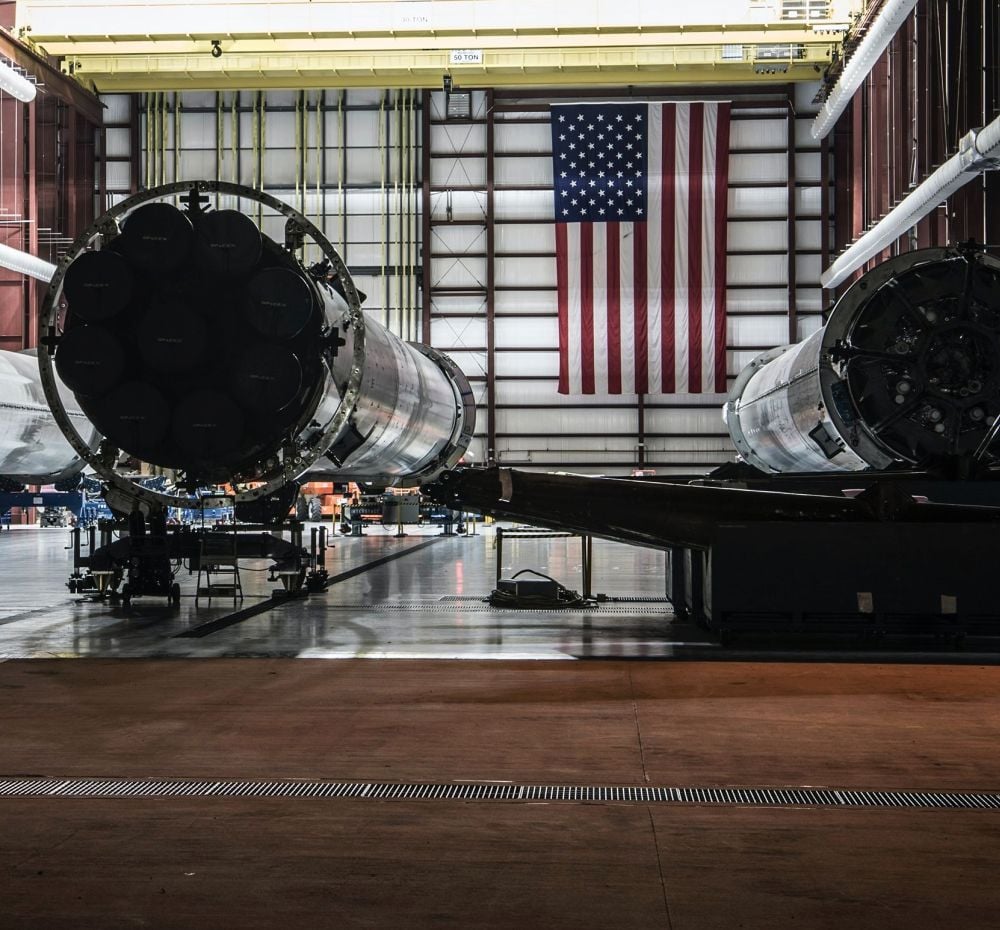 The Kennedy Space Center is worth visiting and is only a 50-minute-drive from Orlando. You can either buy the admission ticket (mobile or printed voucher) solo or one where you don’t have to worry about driving as it includes transport from and to Orlando (via GetYourGuide – safe booking)

Because there are fewer tourists in October, it is an excellent month to visit the Space Center. The shorter lines, in particular, make it even more enjoyable. However, try to avoid weekends because there are more kids. Also, keep in mind that even on slow days in October, you will frequently have to wait to enter or get onto things.

Guided tour: You can explore everything on your own, but a guided tour is highly recommended since the area is overwhelming in its size and scope.

In addition to the theme park Halloween events, Orlando hosts some other fun events and activities in October.

Come Out with Pride Festival

Come Out with Pride Festival is an annual event that takes place at Lake Eola in Downtown Orlando. The festival celebrates Central Florida’s LGBTQ+ community with the most colorful parade, artists, vendors, and food options.

The Orlando Film Festival is an 8-day event that includes hundreds of films, as well as a selection of panels and workshops.