Orlando is a Florida city that is known for its theme parks, like Disney World, Universal, and SeaWorld. These theme parks are one of the reasons why Orlando is one of the most traveled-to destinations in the United States.

Because it is such a big and popular city, it’s not uncommon for visitors to wonder if Orlando is a safe place.

However, this article is not only helpful for travelers. Everyone who is considering moving to Orlando will also benefit from it.

As an Orlando local that has lived here for over 20 years, I can confidently say that Orlando is a pretty safe city overall.

There are a lot of things to keep in mind when traveling or moving to any city, such as which neighborhoods are safe and which to avoid – Orlando is no different.

In this article, we will go over our most important safety tips for Orlando, including crime rates, theme park safety, and extreme weather conditions.

We will draw from a combination of official statistics and personal experiences to ensure that you are able to plan a safe and successful trip to the City Beautiful.

For the most part, Orlando is a safe destination to travel to and a safe place to live. There are a few neighborhoods with higher crime rates that visitors will want to steer clear of, as well as some scams related to purchasing theme park tickets and other small crimes.

Orlando is a large city sprawled out in Central Florida, with many different pockets and neighborhoods.

In the next few sections, we will go over some relevant crime rate statistics, help you familiarize yourself with different areas regarding safety, explain some common scams and theme park safety, and provide important information related to Florida’s extreme weather conditions. 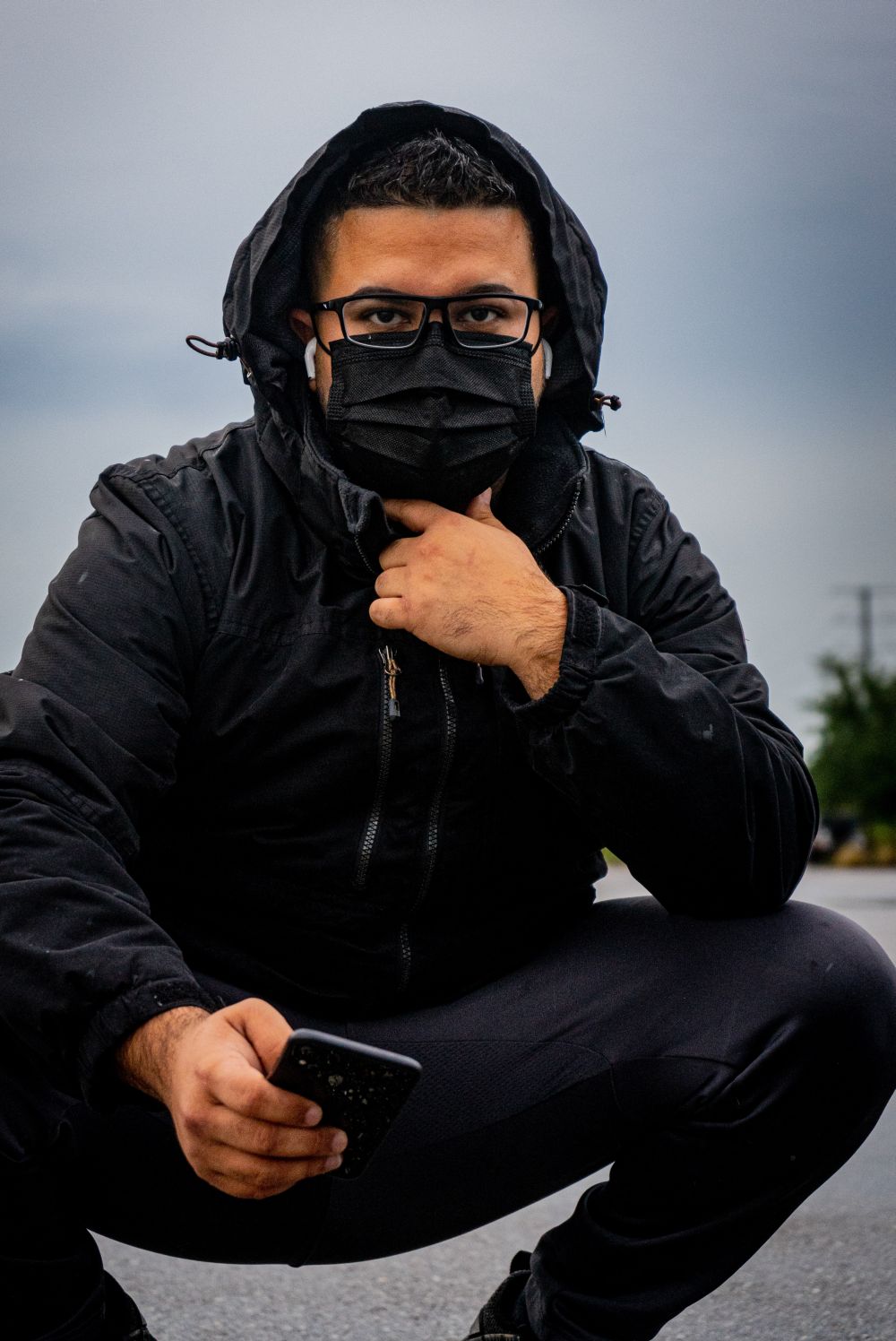 The official crime rates are an important factor to consider when booking your trip to Orlando. They can likely influence which neighborhoods you would feel comfortable visiting and staying in. (More on that in the next section!)

Compared to national averages, Orlando has a crime rate that is 1.7 times higher than the U.S. average. Despite the higher averages in crime, the city has seen a notable decrease in violent crime and property crime in recent years.

The most commonly reported crime in Orlando is theft, which consisted of nearly 70% of overall crime and occurred at a rate of 3,889 thefts per 100,000 people in 2019.

In all my years here, I am fortunate enough to say that I have never personally experienced any crime, and I have traveled extensively within the theme parks and Orlando-area neighborhoods. As long as you are aware of common thefts and scams and stay aware of your surroundings, you will be just fine on your trip to this popular city.

There are some great, safe neighborhoods to check out during your visit to Orlando. The safest neighborhoods in Orlando will include those within resort properties, Celebration, Dr. Phillips, Baldwin Park, and Thornton Park.

Disney World, Universal, and SeaWorld all have their own resort properties with hotels, transportation, and amenities – Disney World being the largest of them all. If you are planning an Orlando trip exclusively to visit the theme parks, you can consider staying on resort property, which will take some of the concerns you may have about transportation and safety off your plate while traveling.

Celebration, Dr. Phillips, Baldwin Park, and Thornton Park all are relatively safe and trendy areas, with shops and restaurants to explore during your visit. Celebration, for example, was founded by The Walt Disney Company in the 1990s and has a small-town feel with tree-lined streets and a walkable downtown area.

💡 When it comes to the unsafest neighborhoods and areas, you will most likely want to avoid the Pine Hills, West Colonial, and Princeton/Silver Star areas. This will neither be difficult nor inconvenient because there aren’t any major tourist attractions in these sections.

Downtown Orlando is a popular destination for nightlife, as it has many bars and nightclubs to go to. These venues tend to get crowded and rowdy at night – especially after 11 pm and especially on the weekends. At these times, it is best to avoid downtown in terms of safety.

If you still want to engage in the downtown nightlife, make sure to stay aware of your surroundings and practice the safety tips we have listed below.

Are the Theme Parks Safe?

Orlando’s theme parks (Disney World, Universal, and SeaWorld) are great, safe locations with security measures in place. However, there are theme park-related scams and thefts every visitor should know about.

We will highlight some potential scams and common thefts for you to be aware of to avoid any issues during your trip.

The Orlando theme parks are busy places full of tourists. Because of this, it is easy for people to be targeted for theme park-related scams and thefts.

The biggest theme park scams are related to purchasing theme park tickets. Either online or in-person, people may try to sell you discounted tickets for the parks that are fraudulent or non-transferable.

For example, I had a friend who bought tickets from someone that claimed they had two days left on a 4-day park ticket for Disney World. It wasn’t until after my friend had paid for parking at Disney World, taken the parking lot tram to the monorail and the monorail to Magic Kingdom that he learned he would not be able to enter the park because the ticket had been claimed by someone else.

The theme parks use metrics like fingerprint scanning and ID checks to ensure the same person is using a multi-day ticket or annual pass at each entry. The best way to avoid any scams is to buy your tickets directly from the park you will be visiting or from an authorized vendor.

There are tons of shopping opportunities within the Orlando theme parks, with tons of boutiques and gift shops throughout the resort areas and in the parks. Because of this, petty theft is relatively common in theme parks.

Despite this being an issue, I still see people parking their strollers outside in front of ride entrances and leaving their bags and other valuables in their strollers unattended for long periods of time. While not everyone who does this experiences theft, it’s not worth the risk, in my opinion.

Like with most travel destinations, leave your expensive jewelry at home, and don’t leave your belongings unattended. The theme parks all have lockers you can rent for a fee, so if you have things that you need but don’t want to lug around all day, we recommend paying for a locker rental for peace of mind.

If safety is a top concern for your Orlando theme park visit, staying within resort property is a great option to consider! The resorts provide a safe environment with shops, restaurants, and transportation that allow you to spend the majority of your trip completely within the resort. They also have great amenities like large, heated resort pools and activities for the kids to enjoy.

Orlando is known for its extreme weather conditions. Florida, in general, has a lengthy hurricane season and frequent thunderstorms. It is also has been known as the lightning capital of the world. Heat waves are not uncommon, either. These are all elements to keep in mind in terms of safety.

Hurricanes and thunderstorms are extreme weather conditions to be aware of in terms of safety in Orlando. These occurrences bring heavy rain, strong winds, and frequent lightning to the area. If unprepared, these conditions can be quite dangerous.

💡 It’s possible for Orlando to go years without directly being hit by a hurricane, and then get hit by more than one during a single month. This is most likely to happen during August or September when the Gulf and Atlantic waters are at their warmest temperatures for the year.

During our most recent hurricane, the Orlando theme parks ended up closing for a couple of days and did a soft re-opening after assessing the damage.

Lightning is a real possibility during hurricanes and thunderstorms. Though the chances of being struck by lightning are infinitesimal, theme parks will still shut down their outdoor attractions and cancel outdoor shows if lightning is detected in the area. For your safety, it is recommended that you stay indoors during those times.

Due to Orlando’s proximity to the equator, we have a sub-tropical climate that is relatively warm year-round. During the summer months, you need to be aware of the effects of the heat, especially if you are visiting from a cooler climate. To avoid the possibility of a dangerous condition like heatstroke, must be sure that you check the weather forecast, dress in breathable layers, and stay hydrated! 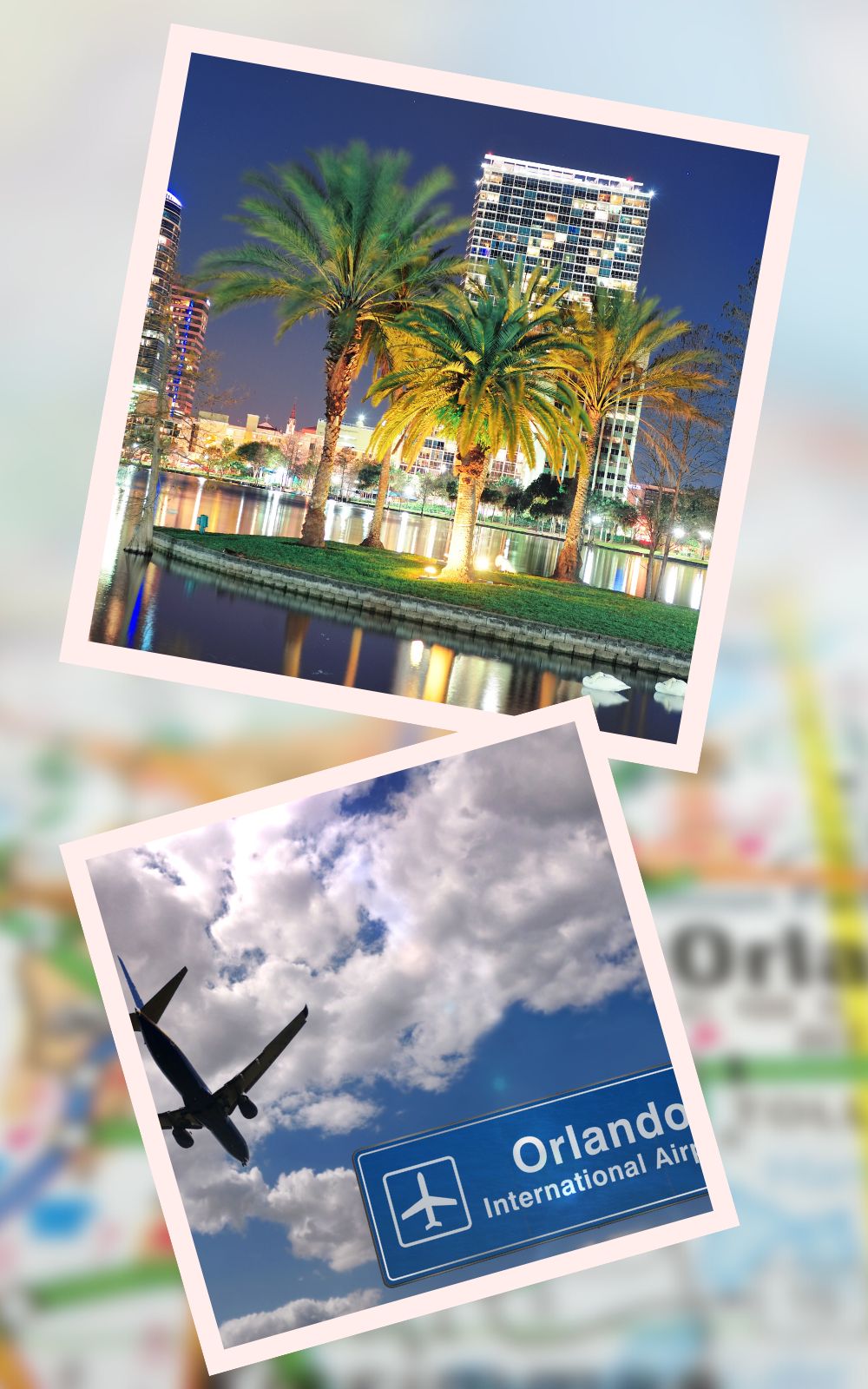 Tip #1: Always Know Where You Are Going

Whether you are walking around Disney Springs or driving through Downtown Orlando, it is always important to know where you are going so that you stay in safe areas and avoid neighborhoods with higher crime rates.

If you are walking around lost, you increase your chances of being targeted for theft or scams.

See “Theme Park Common Thefts” above. When you leave your belongings unattended, you risk losing them or potentially having illegal substances slipped into your bag without your knowledge.

Like many major airports, Orlando International Airport is a busy airport to fly into. If you are flying into Orlando, you will likely be arriving here. There are different levels where you can be picked up.

Arrivals are located on the same level as baggage claim, but if you are taking a commercial shuttle or bus, you will be picked up on the lower level of Ground Transporation. Taxi drivers are not allowed to solicit taxi rides within the airport. If you are approached for a taxi ride, do not accept, as you will likely be charged a much higher rate.

Tip #4: Buy Your Theme Park Tickets Directly from the Source

We know it’s hard to say no to good deals, but there are so many theme park ticket scams out there that it’s better to be safe than sorry. Buy your tickets directly from the theme parks or authorized vendors.

Tip #5: Be Ready for the Weather

With all the storms, hurricanes, and heat, it’s important to be prepared for the heat. Wear comfortable clothes and drink plenty of water while in Orlando.