Basking sharks are one of the most impressive creatures in the world’s oceans. They are increasingly common in the UK.

Cornwall is one of the best places in the United Kingdom to spot basking sharks. The best way to see them is on a boat tour. However, they can also be spotted along the coast.

We provide you with the best tips from a local on spotting them: How, when, and where!

When to Spot Basking Sharks in Cornwall 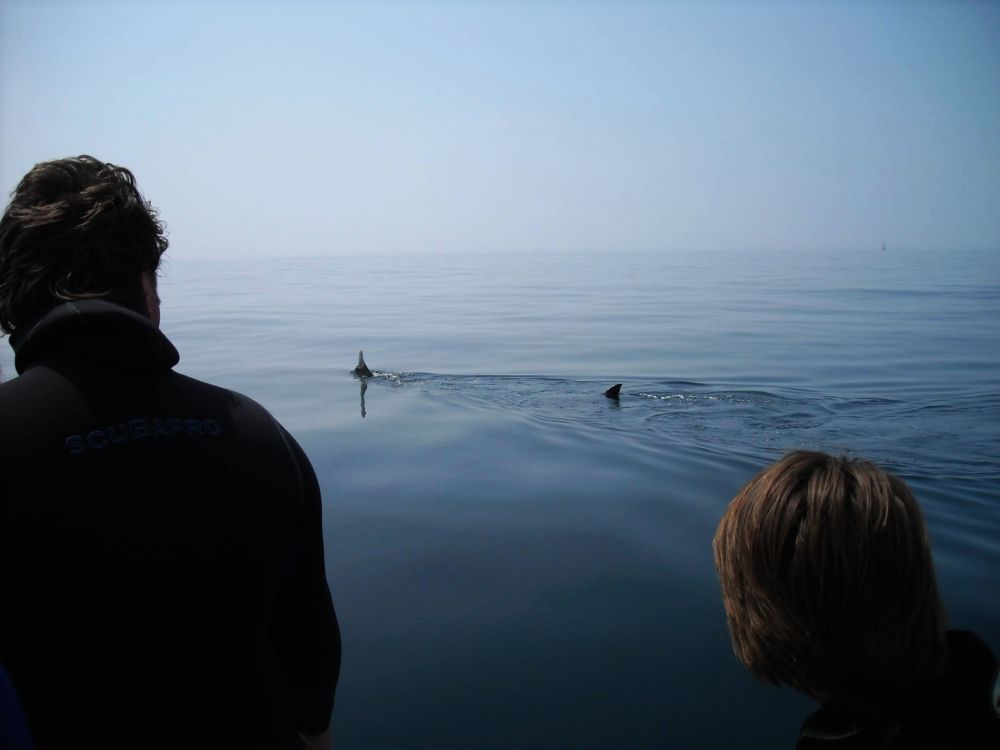 Basking sharks can be seen around Cornwall’s waters from April until October, with numbers peaking in the summer months. Often, the best time to see them is from mid-May to July.

As more sharks arrive during May, sightings are highest during the first two months of summer. The latest you can see basking sharks in Cornwall is October. Most individuals will have moved south by this time, but a few sharks remain to take advantage of late feeding opportunities.

Why do Basking Sharks Visit Cornwall? 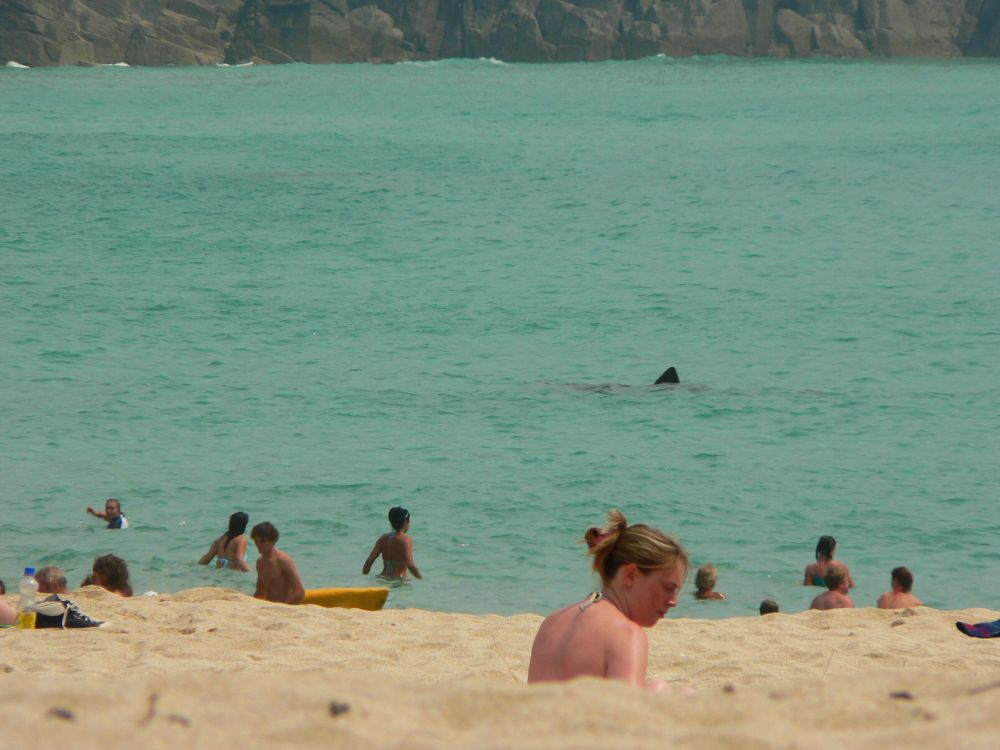 Shark comes to Cornwall by Candiche, CC BY

As the waters around the UK, and especially Cornwall, begin to warm up as summer approaches, this results in greater marine productivity. Nutrient levels in the waters rise, resulting in an explosion in the amount of zooplankton. This is the favorite food of the basking shark, with the ocean giants visiting places such as Cornwall to make the most of the rich feeding opportunities. 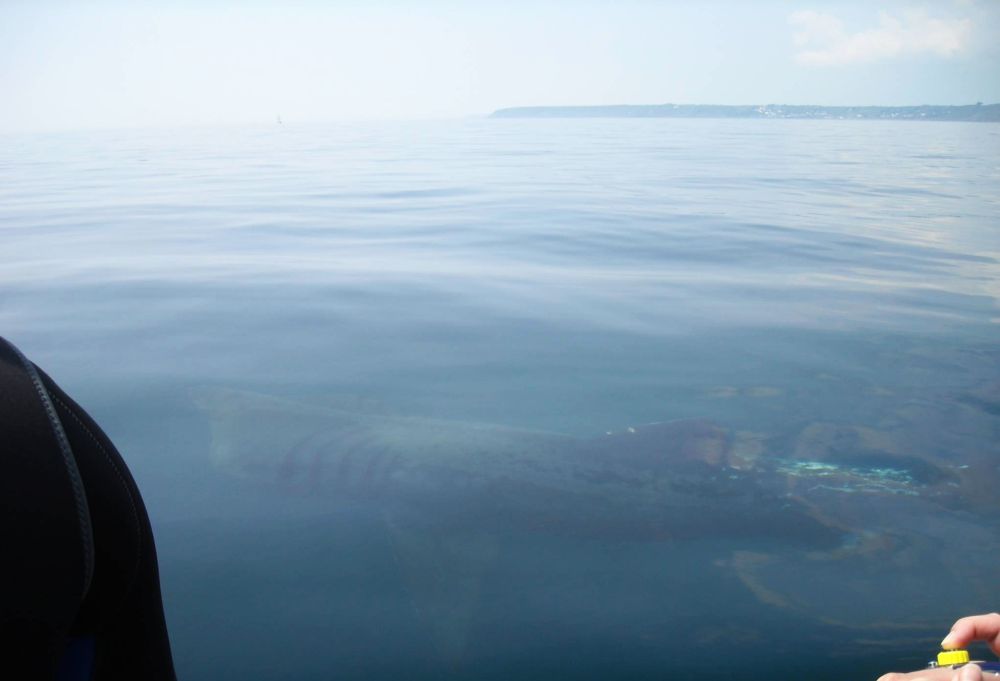 Basking sharks are migratory species, spending the winter months out in deep offshore waters. Many of them move south during this time, meaning it is rare to see them in the North Atlantic. However, spring and summer in the UK provide very favorable conditions for the sharks, which encourage them to move north.

Tip: If you’re exploring Cornwall, the short drive (about 3 hours) to Stonehenge is a must.

Where to Spot Basking Sharks in Cornwall 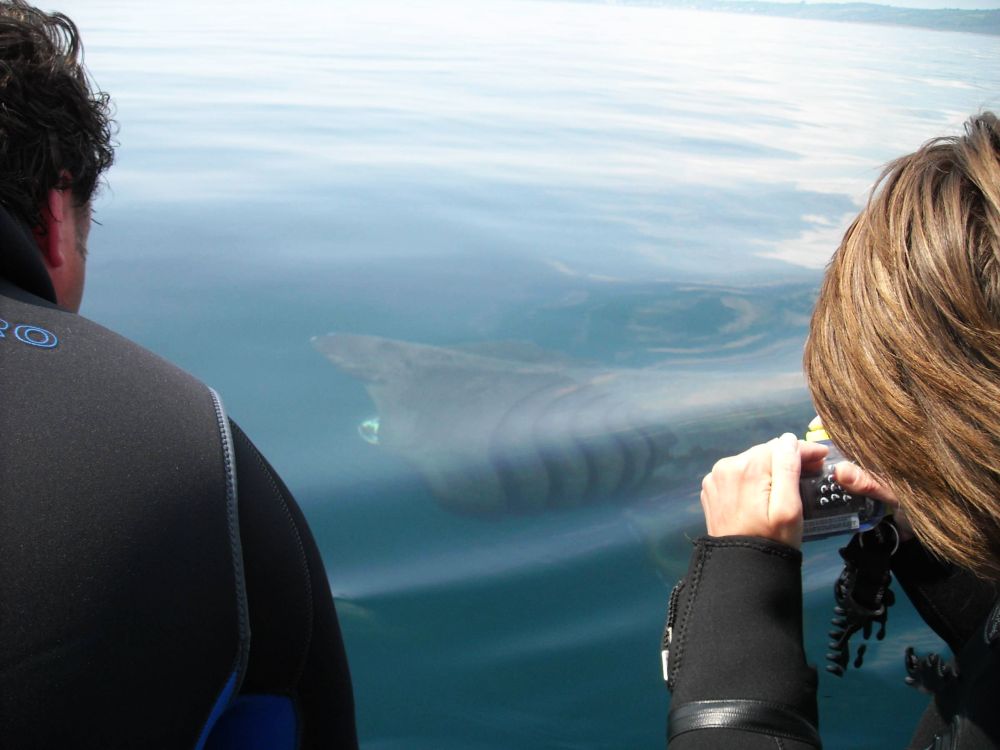 A number of companies in Cornwall offer boat trips and sealife safaris, which are a great way to get up close and personal with basking sharks. Trips depart from a range of locations, although some of the best basking shark boat trips – offered by companies such as Marine Discovery or Charles Hood – can be found in the town of Penzance.

Other locations offering boat trips in southern Cornwall include St. Ives, but you can also book trips from the north coast in towns such as Newquay and Padstow. 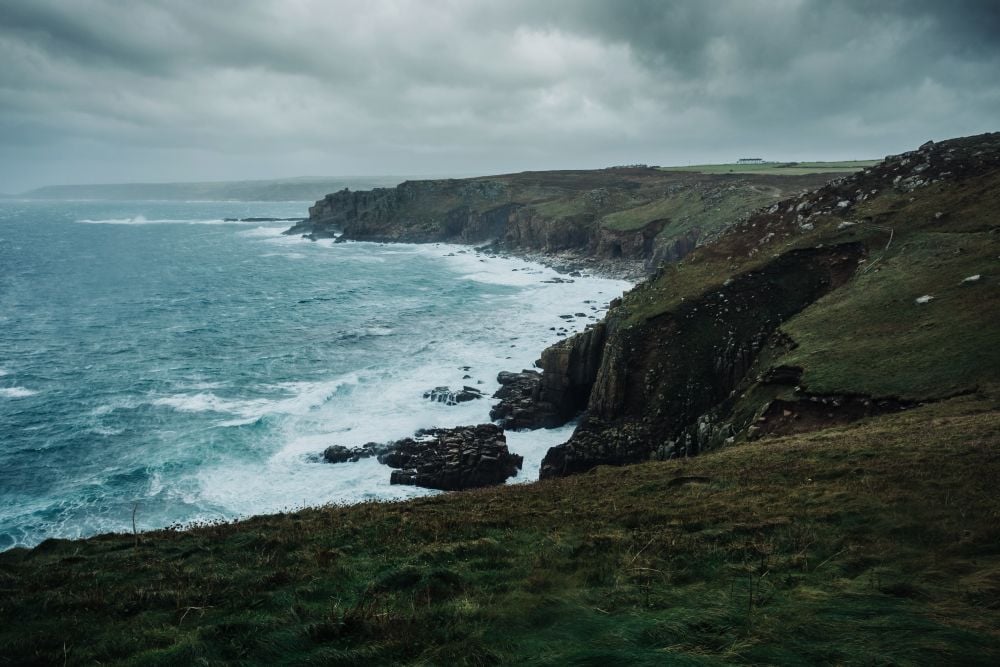 Land’s End is the most westerly point in England, located about 8 miles south-west of Penzance, Cornwall. It is one of the best places for seeing basking sharks, along with other wildlife such as seabirds. 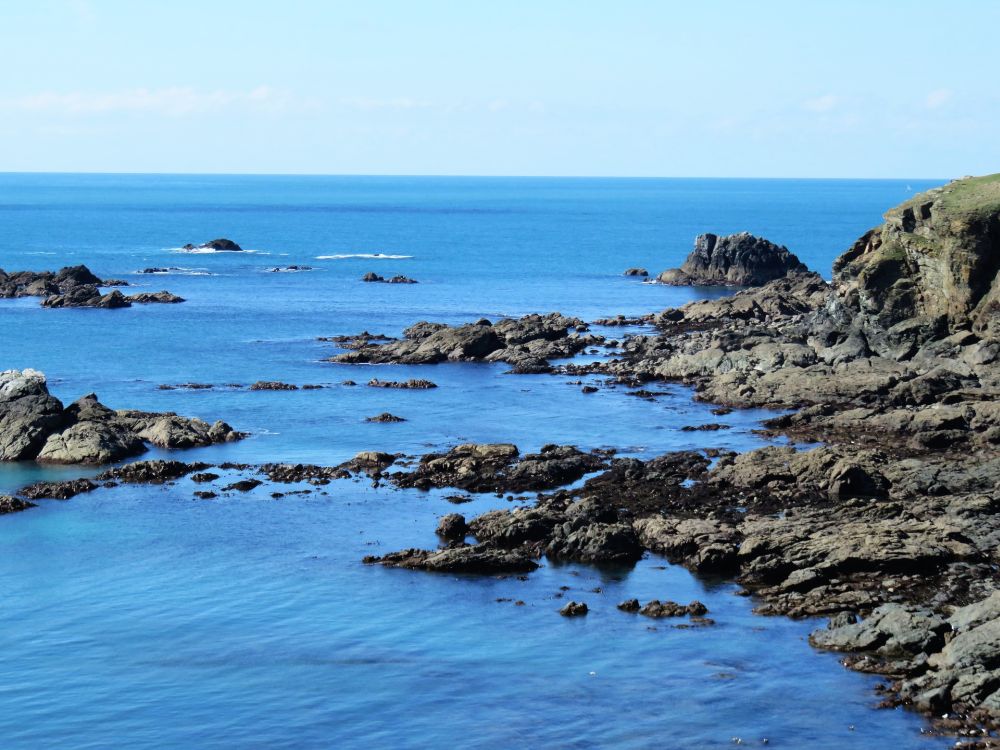 The Lizard Point forms the tip of the Lizard Peninsula, located on the south coast of Cornwall. It’s another basking shark hotspot and is also the southern-most point on the British mainland. 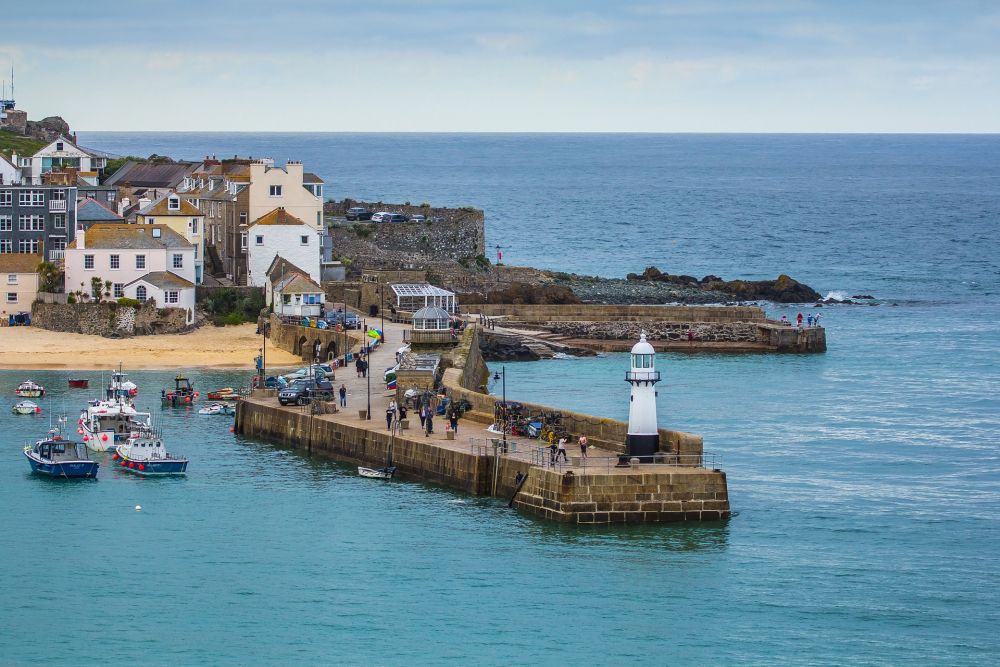 St. Ives is a town on the south-western coast of Cornwall, located on the western side of St. Ives Bay. Basking sharks are occasionally seen from the coast here, as well as from boat trips. 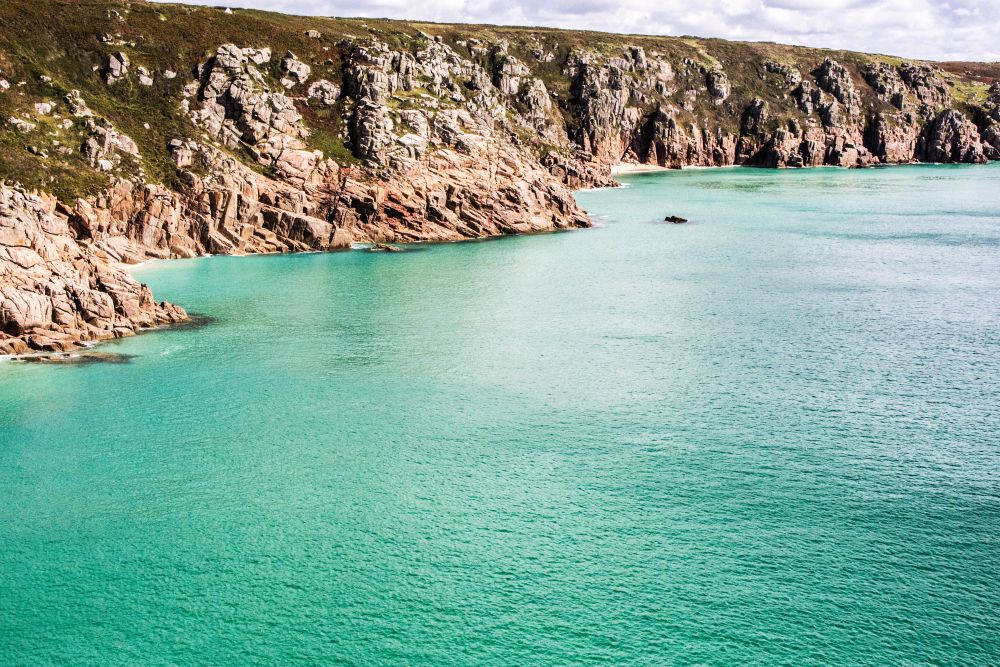 Porthcurno is a small village located about 8 miles southwest of Penzance. Basking sharks are spotted off the coast here regularly, and they sometimes come very close to shore, with swimmers and paddleboarders on Porthcurno beach having numerous close encounters with sharks in previous years. In 2016, a total of five basking sharks were seen at the same time from Porthcurno Beach. This makes it one of the most reliable places to get good views of these spectacular creatures.

Sennen Cove is a small village in Cornwall, located just to the north of Land’s End. It has an excellent vantage point out over the coast and basking sharks are seen here often.

Where to Spot Basking Sharks Elsewhere in the British Isles 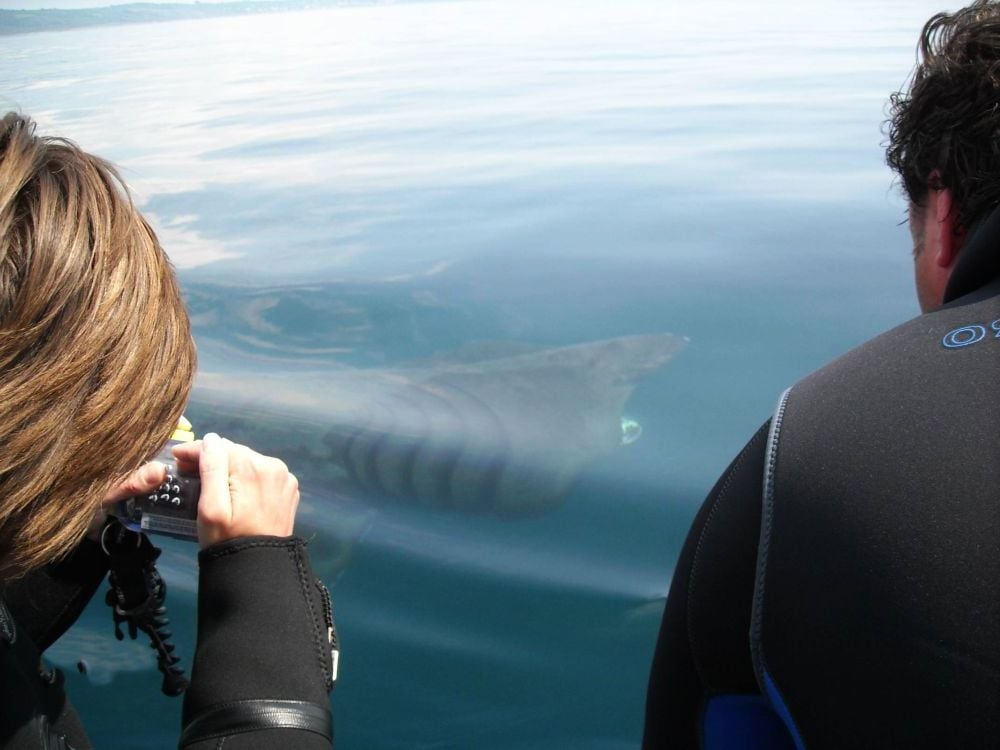 There are many beautiful B&Bs in Penzance. Don’t come for the basking sharks only! Kynance Cove, St. Michaels Mount, Minack Theatre, and the hanging gardens are fantastic places to visit. Our favorite B&B is the Marine Lodge. The view is just breathtaking and the owners are amazing!