When Is The Best Time

The best time to visit Gros Morne National Park is between late May and Mid October. The temperatures are pleasant and whales can be spotted in July and August, as well as some icebergs in June.

However, it’s a great year-round destination.

It’s unpredictable and often changes very dynamically. Also prepare yourself for hikes to higher elevations, as it is much cooler there.

Temperatures become pleasant in May: 5-11°C (41-52°F). However, many hiking trails remain partly snow covered throughout May. Also hiking/climbing Gros Morne Mountain summit is not permitted until the beginning of July. In June it gets warmer: 5ºC- 20ºC (40-70ºF). The months of July and August bring the warmest and driest conditions: Average daytime temperature 16–25 °C (61–77°F). September and October temperatures are still pleasant. In October they drop to 5-10°C (41-50°F).

Especially January, February and March are the best months for winter/snow activities. In years of higher snowfall, skiing is even possible into late April. Temperatures range from −10-0°C / 14-32°F.

The warmest months of July and August are also the peak tourist months. However, even during high season it’s never heavily crowded in Gros Morne National Park. The only limitations are the tight accommodations in July/August. Book early if you plan to visit in summer.

A few icebergs can be seen from May until early July. Visit from mid-May until late June to be on the safe side (Iceberg Facts). However, the much better spots to view them are along the east cost. They are traveling from the north (St. Anthony) to the south, passing Twillingate, then Bonavista. The best months for whale watching are July and August, as they follow their food sources. You will increase your chances off seeing whales by taking a boat tour in Gros Morne NP.  In some areas you can still see them in September. Also wildflowers bloom during most of the summer.

Review (by user Adam Vautour): ‘A challenging, back country adventure awaits you in Gros Morne NL. Take the ferry into the fjord and hike up to the plateau for an iconic and epic vista. Or pick a side of the fjord and make your way around for a very rewarding 3-6 day journey. Strong orienteering skills are a must, and you will have to demonstrate to park officials that you are capable before they will give you a transponder and send you on your way.

While the insect life is the most abundant, you’re almost guaranteed to see moose. The terrain can be difficult in a way not like any other; in a word TUCKAMORE. This is a typical Newfoundland term for the stunted Balsam Fir and Spruce trees the essentially are low growing wood that can be just over head height or shorter, and can be a forest of trees growing along the ground with a shin biting, ankle wrenching tangle of unforgiving branches growing upwards.

The best way to deal with tuckamore is to go around it; obviously thats not always possible so if you have to travel thru tuckamore, one good way is to remove your pack and roll it in front of you as you crawl along behind. When not in tuckamore some other challenging aspects are significant to severe elevation changes and detours around geographic features or small to medium size lakes that dot the map. A very satisfying trip!’ 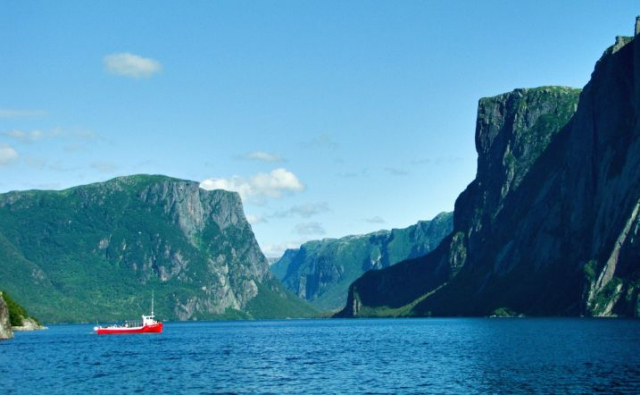 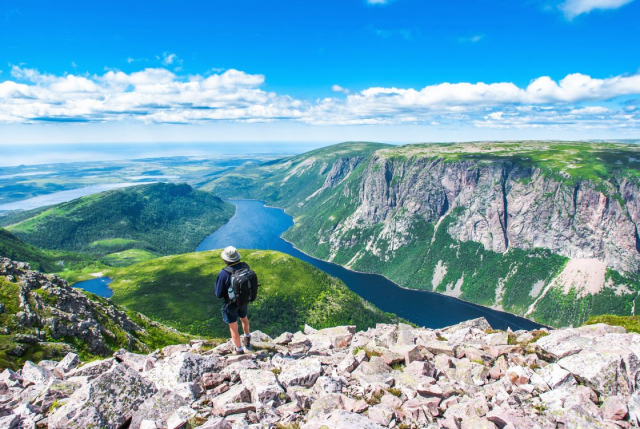 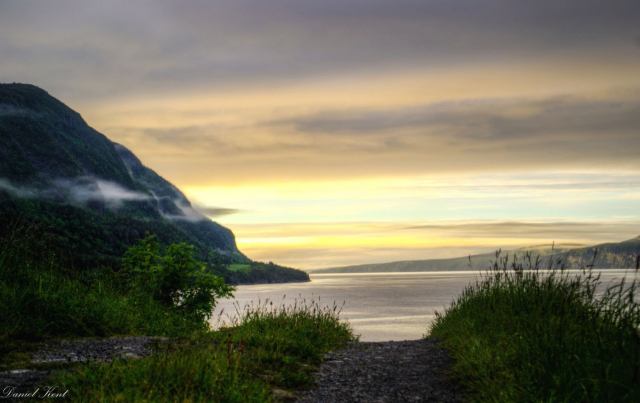 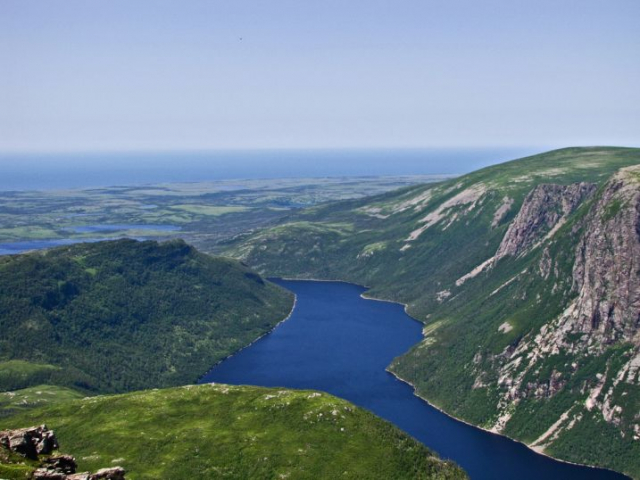 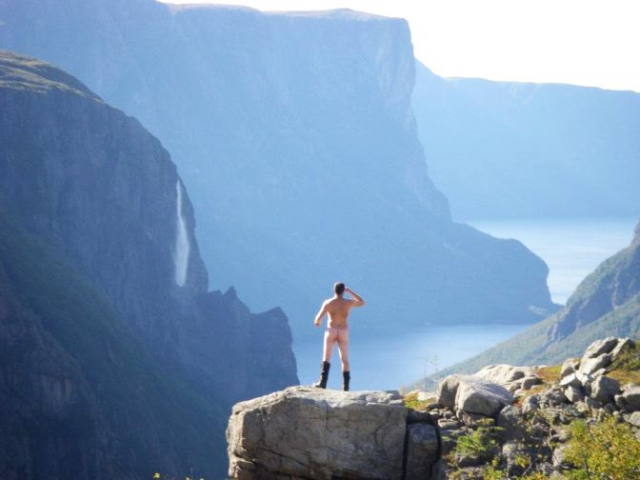 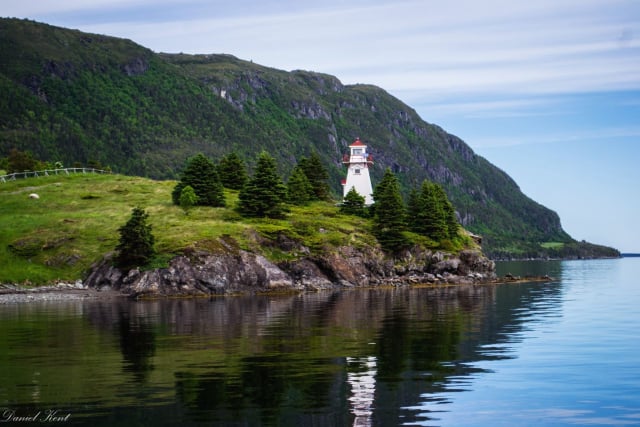 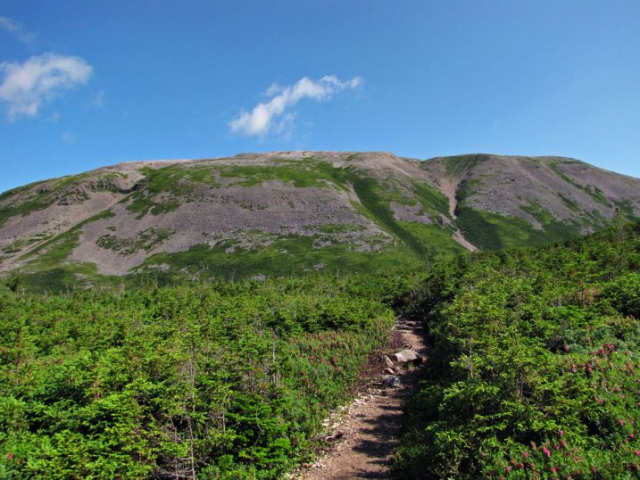 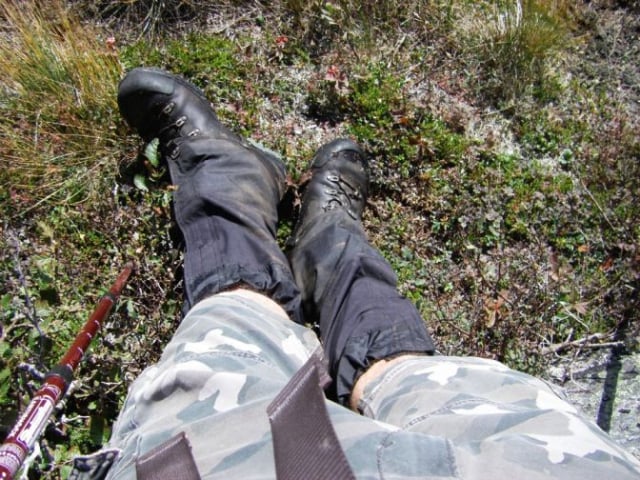 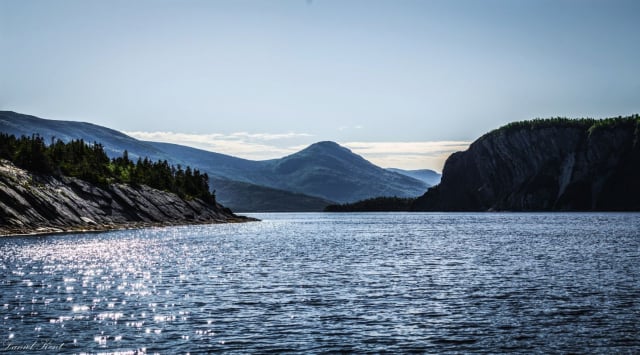 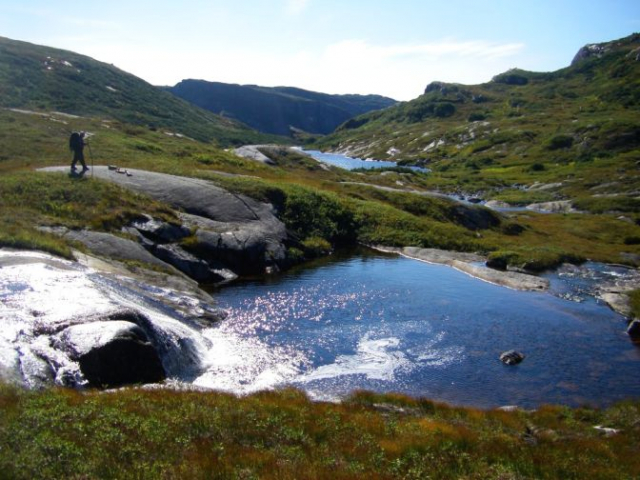 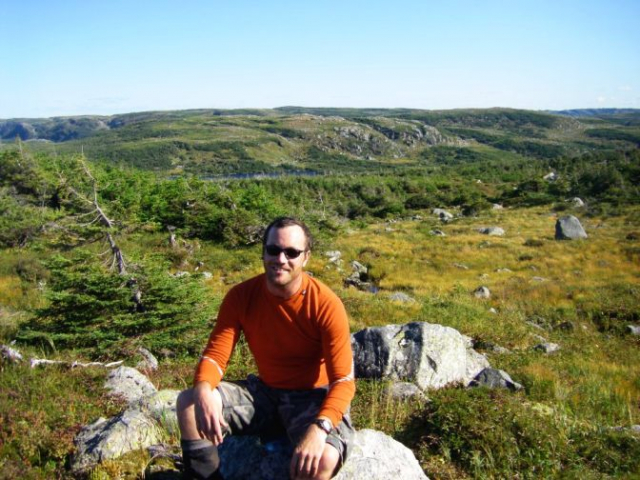 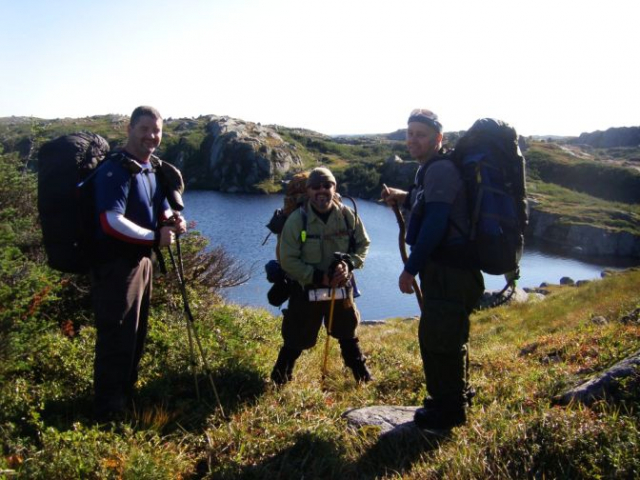 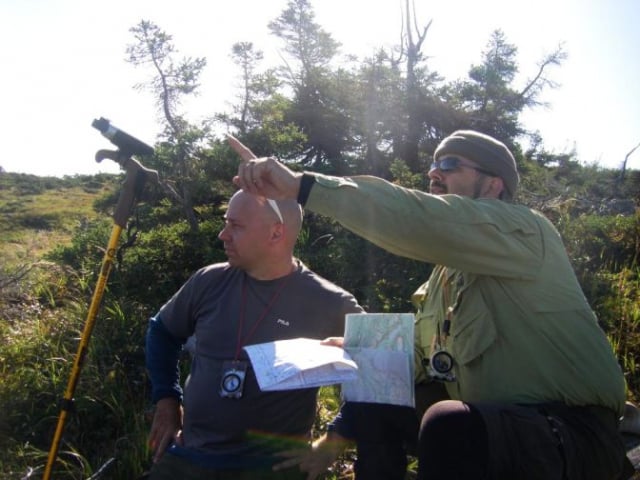