The second-largest island in Hawaii, Maui offers some of the best opportunities to see humpback whales anywhere in the world. We help you with whale details for each time and month.

Whale watching season for humpback whales in Maui is from November until May. The peak time is from December to March, with thousands of whales to spot.

The best time of day for a whale watching tour is in the morning when the sea is calmer. Booking the first possible spot is advisable. 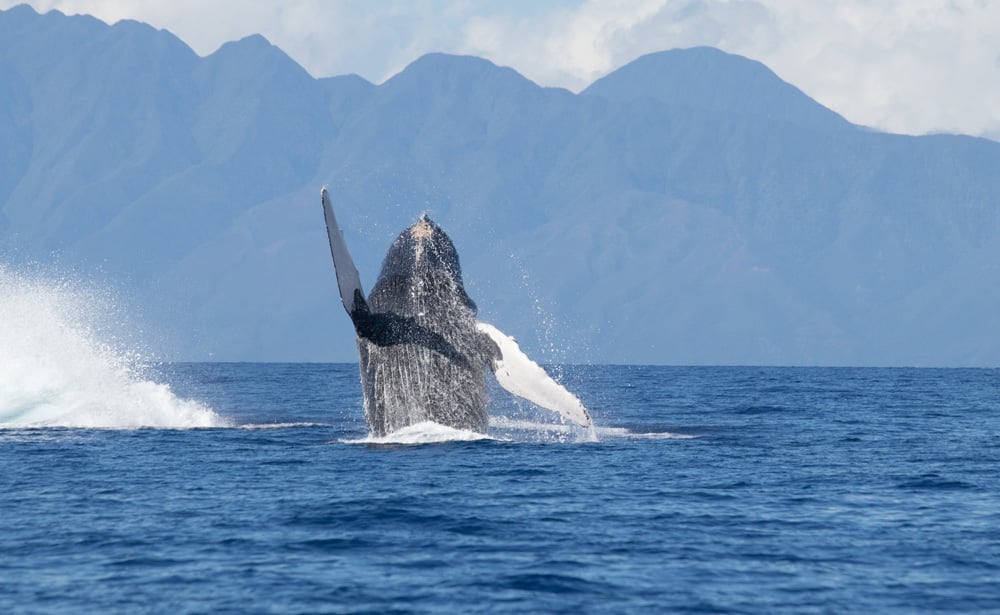 January is a great time for whale watching in Maui, with migrating humpback whales starting to appear in large numbers. There are occasional sightings of pilot whales, while bottlenose dolphins and spinner dolphins are common.

In February, thousands of humpback whales continue to arrive on Maui’s shores and this is often the best month to see this species. Whale watching tours also report regular sightings of dolphins, although this month can often be the coldest of the year.

March is another good whale watching month in Maui, with humpback whales being the most common sighting. With the arrival of spring, you may also be able to spot sperm whales, with pilot whales being another possible sight.

April marks the beginning of the humpback whale’s departure from Maui’s waters, although they can still be seen in large numbers. This month is usually the best time of year to see sperm whales, with bottlenose dolphins and spinner dolphins being common.

In May, most humpback whales have moved northwards from Maui, although a few individuals may still be spotted. Dolphins are the most common sightings and this is generally the last month in which whale watching tours operate.

June brings warmer weather to Maui, however chances to see whales are limited. There are occasional pilot whale sightings and it’s a good idea to look out for other marine life, as bottlenose dolphins and spinner dolphins will be common.

In July, few whales are present in Maui’s waters and the best opportunities to see cetaceans come in the form of the area’s resident dolphins. Both bottlenose dolphins and spinner dolphins can be seen regularly.

August is generally the hottest month in Maui, but whales remain very rare sightings around the coast. If you’re very lucky, you may see a false killer whale, but dolphins are far more common.

In September, summer turns to fall and the changing seasons sometimes bring fin whales to Maui. Even including this species, whale sightings will be few and far between, although dolphins can be seen often.

October sometimes brings a few early sightings of humpback whales to Maui’s shores. Most tour operators will still be inactive during this month, but bottlenose dolphins and spinner dolphins can still make for great coastal experiences.

During November, Maui’s whale watching season begins to take off once again, with early humpbacks starting to appear and pilot whales pods being occasional sightings. Dolphins will often be seen in large numbers.

December is the beginning of the humpback whale breeding season in Maui and there will be good chances to see these magnificent animals around this time. False killer whales are occasional sightings, along with bottlenose dolphins and spinner dolphins. 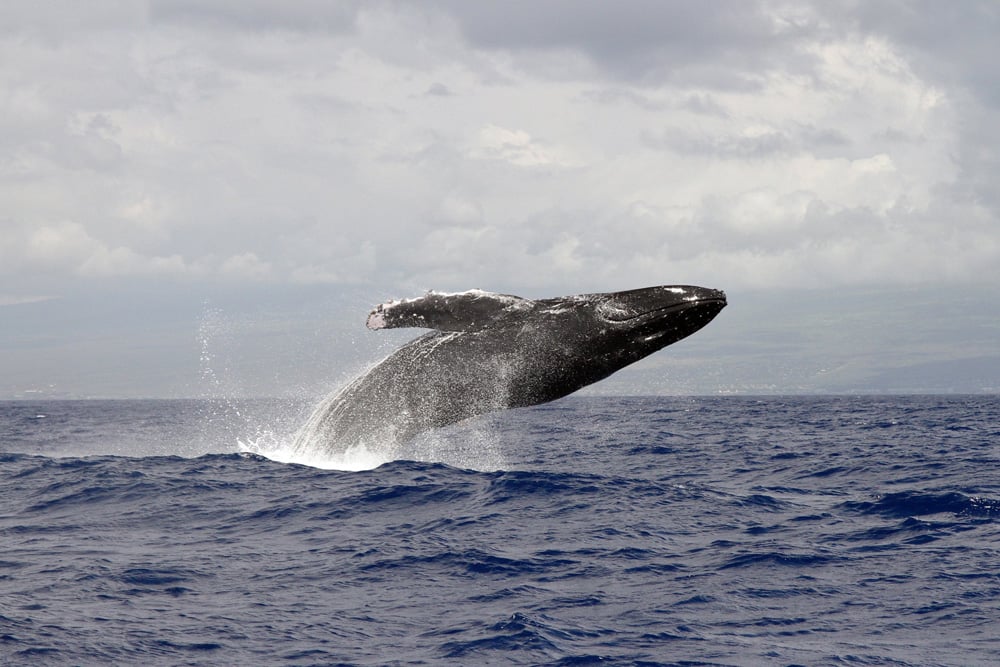 Peak season lies between the months of December and March, with tours operating around a coastline famed for its beautiful beaches and fantastic scenery.

The humpback whale is easily the star attraction around Maui. These majestic animals visit Hawaii in their thousands during the winter months, with numbers peaking around February.

The warm waters provide an ideal place for humpbacks to breed and give birth to the young. Be sure to have your cameras at the ready, because these whales love to put on a show, often tail slapping or breaching.

The next most common sighting around Maui is that of the false killer whale, although the chances of spotting this species are still rare. False killer whales are large members of the dolphin family – similar to true killer whales – and grow to around 6 meters in length. Living in large pods, they occasionally come close to shore and can be seen at any time of year. 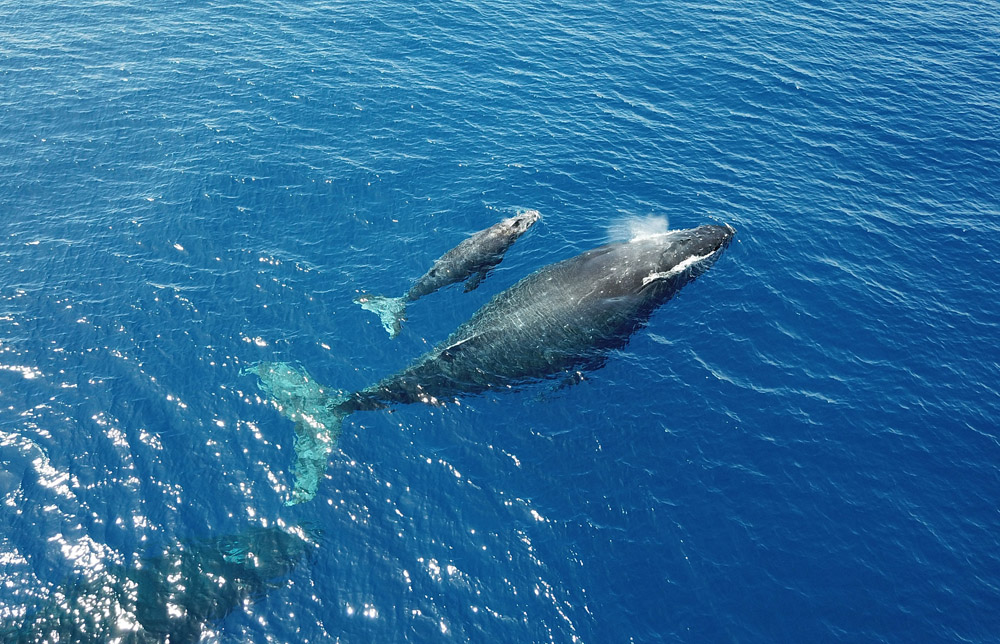 The sperm whale is another species that frequents Maui’s waters, usually being seen between March and May. Being a migratory species, around 7,000 sperm whales are estimated to visit Maui during peak months.Despite being the largest of the toothed whales, they are not often spotted, as they prefer to stay in deeper waters offshore.

Finally, the last species you might have opportunities to see around Maui is the pilot whale. Pilot whales are very curious, playful animals and are known for sometimes interacting with boats, to the delight of tourists. They can be found around Maui’s coast year-round, although they tend to be quite elusive, preferring to stay offshore in small pods.

Maui Whale Watching From The Shore 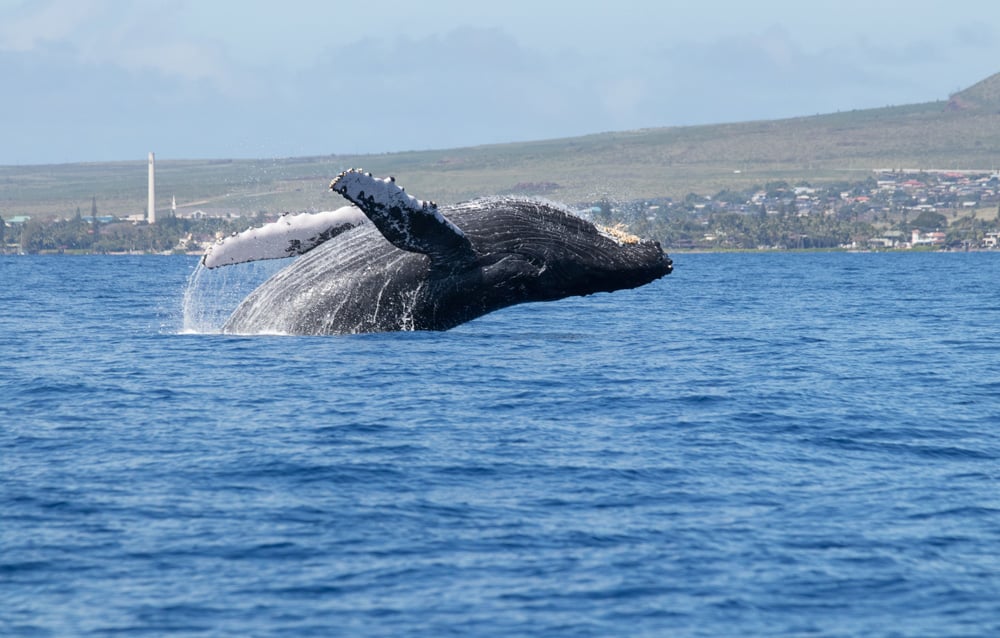 One of the many great things about Maui is that you’re never too far from the coast. This means there are opportunities to see whales without even having to set foot on a boat. If hoping to see whales from the shore, your best bet is to visit the southwest of the island, where the majority of whale sightings occur.

Find a nice vantage point with a view of the ocean and you might be lucky enough to spot humpback whales. Generally, you’re far more likely to spot a whale on a dedicated boat tour, however two of the best spots to see whales from the shore are Ma’alaea Bay and Makena Beach. 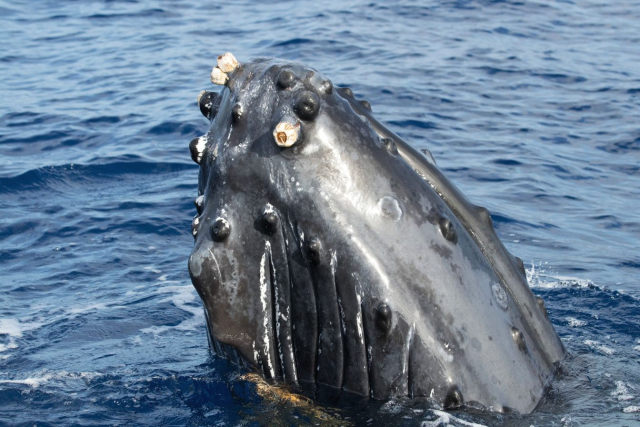 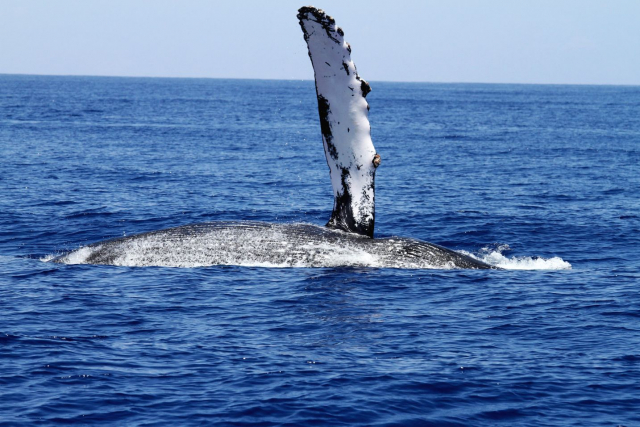 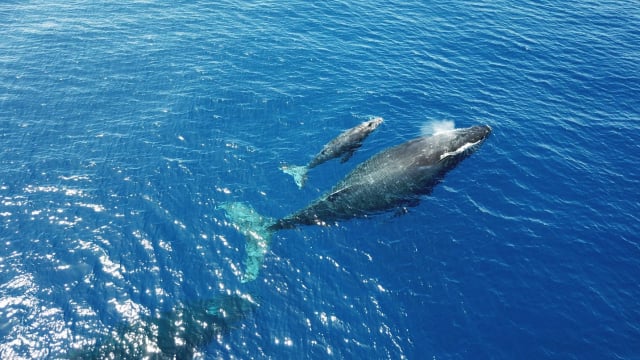