The best time for whale watching in Reykjavík is in the summer season. You can spot the fascinating blue whales as well as humpback whales during that time.

However, Reykjavík is also a great place for year-round whale watching tours. Check our monthly guide below for details:

January can often bring spells of rough, stormy weather to Reykjavik, however, it is still possible to get some calm days out on the water. Come prepared with warm clothing and you might be lucky enough to see Killer Whales. Harbour Porpoises can also be seen.

In February, the weather improves slightly and clearer skies are more common, providing a chance to see the Northern Lights on some whale watching tours. Killer Whales are again the highlight in this month, but Harbour Porpoises and White-Beaked Dolphins are also sighted regularly.

March is still the off-season for whale watching in Reykjavik and although most whale species will be absent, you can benefit from the quieter tours at this time of year. Keep an eye out for porpoises and dolphins, as well as pods of Killer Whales.

April is the first month of the year when there are reliable opportunities to see whales in Reykjavik. Minke Whales are sighted intermittently, as well as a few early Humpback Whales returning from their southern feeding grounds. Pods of dolphins and Killer Whales can also be seen.

In May, the temperatures in Reykjavik begin to climb as summer approaches, making it more comfortable to be out on the water. With migration season in full swing, Minke Whales and Humpback Whales are common sights during this month, along with porpoises and dolphins.

June marks the beginning of peak whale watching season in Reykjavik. Visitors during this month benefit from the improved weather and can expect to see Minke Whales and Humpback Whales with regularity. There may also be opportunities to see Sperm Whales and Pilot Whales.

In July, whale watching in Reykjavik is at its most popular and the temperatures are often pleasant. It’s also the first month in which you can expect to see Blue Whales. Sightings of Minke Whales and Humpbacks remain common, alongside pods of dolphins.

August produces the longest days and some of the best weather in Reykjavik. Many of the migratory whale species such as Blue Whales and Pilot Whales will still be present during this month. Watch out for Minke Whales especially, as they are often the most common sighting.

In September, Humpback Whales and Minke Whales are the main highlights, as the end of summer tends to encourage other species to move southwards again. Harbour porpoises and White-Beaked Dolphins can also be seen and visitors may benefit from boat tours beginning to get quieter.

October is a less popular month for whale watching, however, Minke Whales can still be a common sight in Reykjavik during this time. White-Beaked Dolphins are also seen, often in pods of 10 – 20 individuals.

November can bring poorer weather conditions, with the onset of winter. However, Killer Whales begin to move closer to shore again and so there are opportunities to see this species, as well as porpoises and dolphins.

December is another month where it’s best to come prepared for the weather by bringing extra layers. With the days being short, the northern lights are often sighted around Reykjavik and this can be something to look out for, along with Killer Whales and White-Beaked Dolphins.

The following whale watching tours (especially the first two) are just amazing. We used those tour operators many times and had an unforgettable experience. 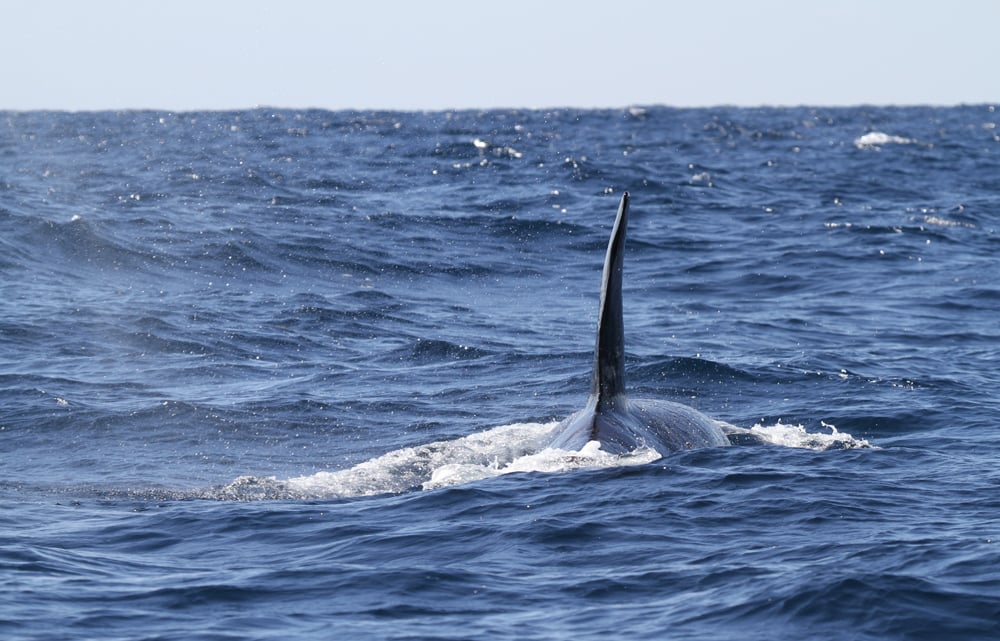 The winter whale watching season in Reykjavik is dominated largely by the weather. Conditions at this time of year are particularly cold and wet, with the possibility of boat trips being cancelled due to rough seas. Despite this, the low visitor numbers mean you can avoid the crowds and be in a prime position to see any marine life, should it be present.

The Killer Whales are the stars of the winter season and this is usually the best time of year to see them. The region just north of Reykjavik is a prime winter feeding ground for Killer Whales, who are resident in Iceland’s waters year-round. Their large size makes them an impressive sight and they will sometimes venture close to boats, displaying a curiosity that is common among cetaceans with high levels of intelligence.

Harbour Porpoises and White-Beaked Dolphins – while not being quite as breathtaking as their larger relatives – can still be entertaining to watch and both species are common throughout the seasons. White-Beaked Dolphins in particular love to ride the bow waves of boats and really know how to put on a show.

The chances of seeing whales in winter are slim, but certainly not impossible. The majority of Humpbacks and Minkes migrate south during winter, but some individuals choose to stay in Iceland and there is always a chance you might catch a glimpse of one. If visiting in winter, be sure to also keep your eyes to the skies, as the northern lights can occasionally provide a magical backdrop. 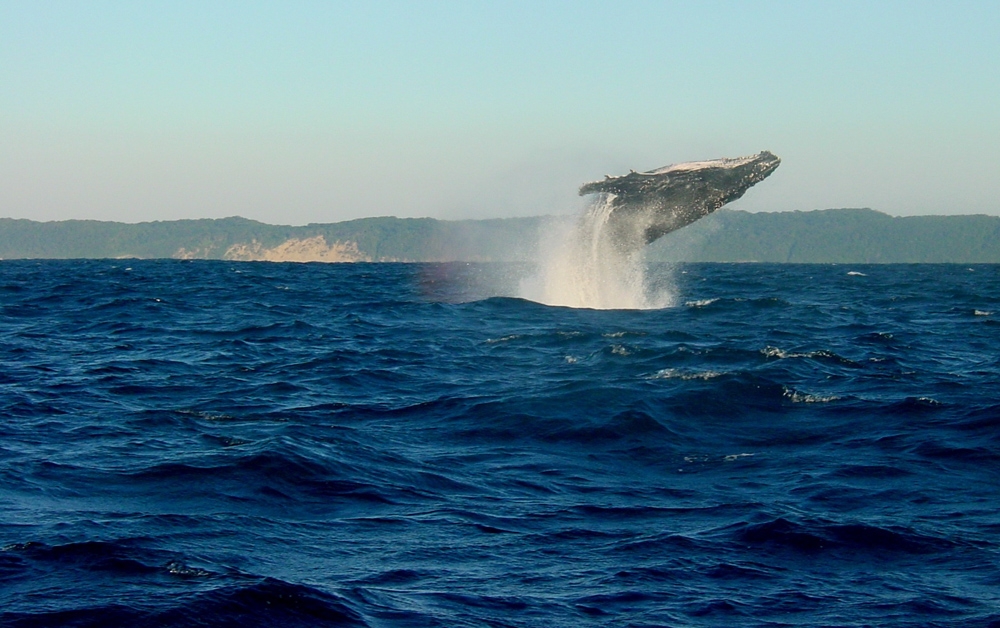 The summer months represent prime whale watching season in Reykjavik, with many marine giants returning to Iceland’s shores from warmer climes. The Minke Whale is the species that is sighted most often, despite being a rather shy and elusive creature. These whales are smaller than some of their relatives and tend to measure between 7 and 8 meters long, being distinguished from other species by a white band on each flipper.

A type of baleen whale, Minkes usually feed on small fish and krill. Also present during summer are Humpback Whales – the acrobats of the whale world. These animals can be spectacular to watch and are often seen breaching and tail slapping.

Another of Reykjavik’s whale highlights is the Blue Whale, well known for being the largest animal on Earth. This species is less common than some of the other cetaceans, however a chance to see and appreciate its size can be a truly fantastic experience.

The good weather and mild temperatures of Iceland’s summer are another factor that makes this whale watching season great, along with the opportunity to see other marine life. For example, Basking Sharks and Fin Whales can both be seen, although sightings are rare. Migratory seabirds such as puffins are popular among many visitors and can this can add a further level of intrigue to the Reykjavik whale watching experience. 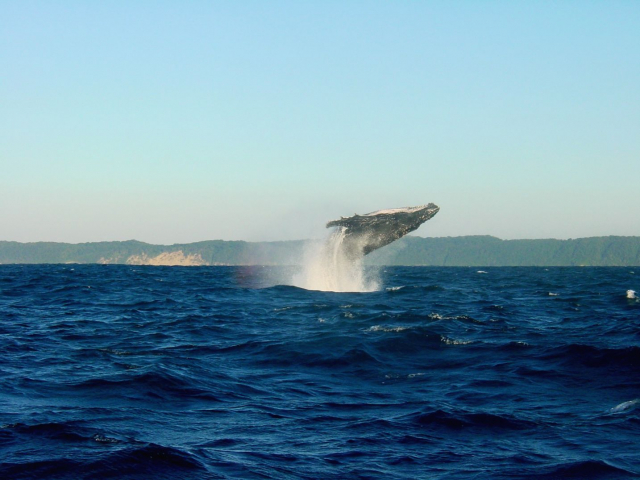 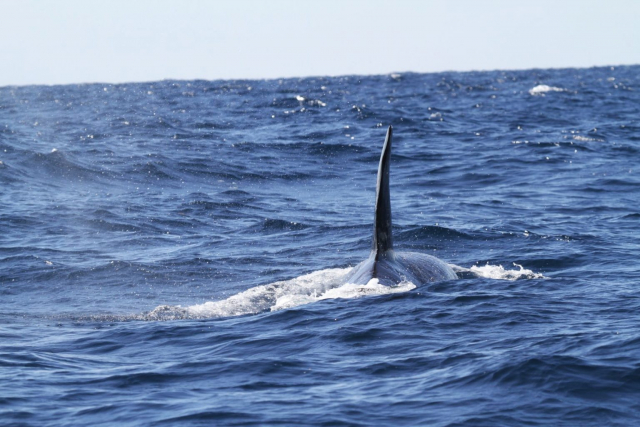