The best time to visit Valley of Fire State Park is between October and April. During this period, the weather is pleasant without the scorching summer temperatures.

Please read the full weather guide below for each season, as well as our 5 must-know tips at the end of this article.

The weather in the Valley of Fire is sometimes unpleasant hot and can be even scorching during the summer period. Fall, winter, and spring are different and usually more suitable for many visitors.

Check our monthly temperature chart and other weather details. The most reliable forecast for the next days is usually the one from NOAA: National Weather Service – Valley of Fire – Nevada | Forecast 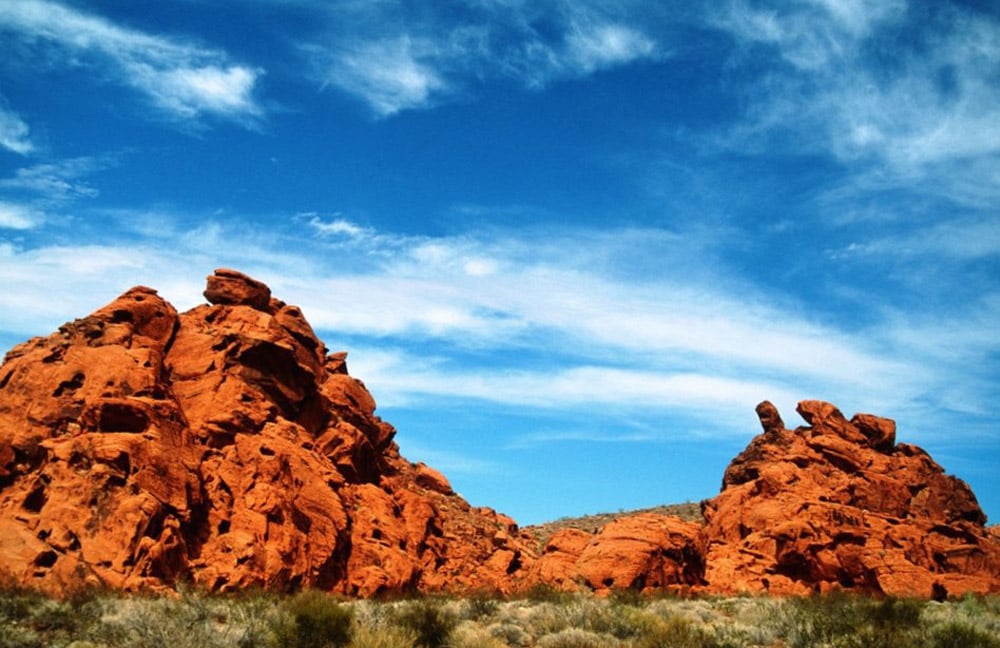 Valley of Fire in March

Rainfall amounts also decrease during the season, with an average of 9mm falling in March, decreasing to 2mm in May. The majority of the days are sunny, although rare overcast days are more common in March. 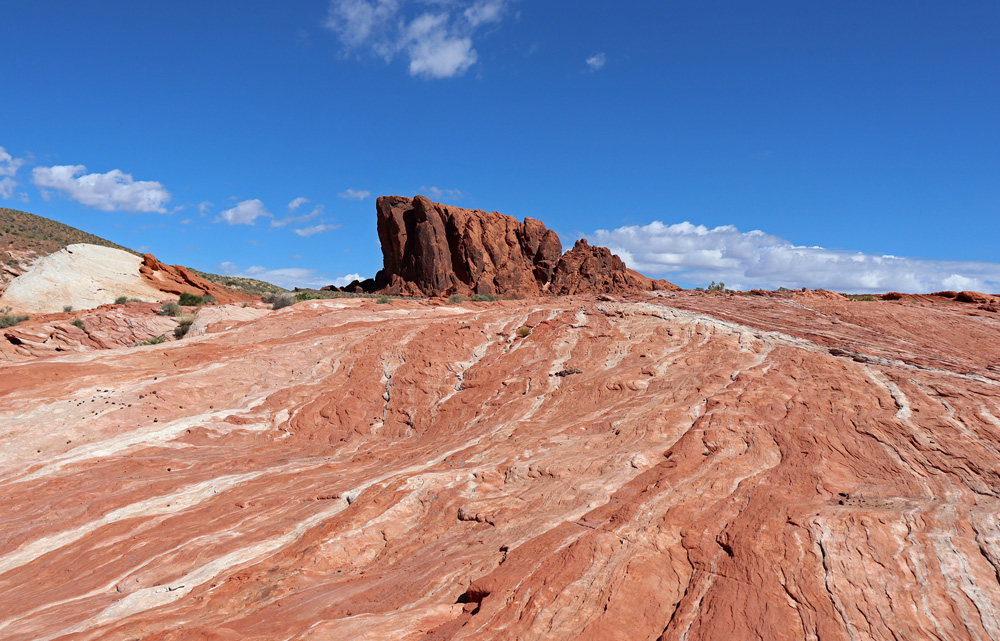 Valley of Fire in July

June is the driest month of the entire year, whereas July and August are slightly wetter. Although the number of rain days remains rather low, an average of 3-4mm of precipitation falls in July and August due to the very rare occurrence of intensive downpours from thunderstorms. This season is also the sunniest, with each month rarely seeing an entirely overcast day. 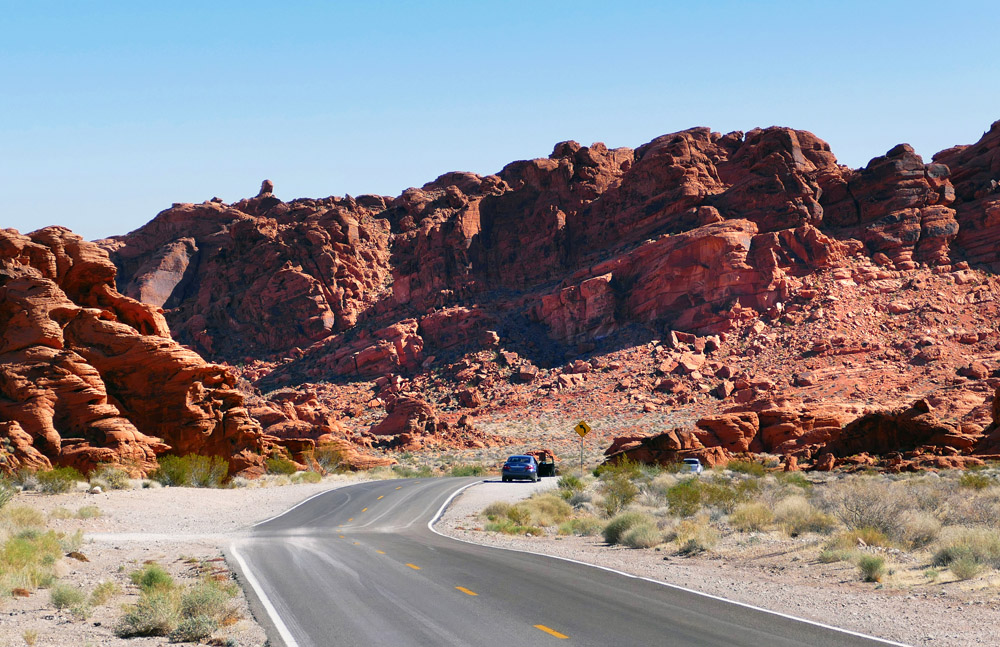 Valley of Fire in October

Each autumn month has an average precipitation of at least 6mm, peaking at 8mm in October. Most days are sunny – any rare overcast days are most likely in October. 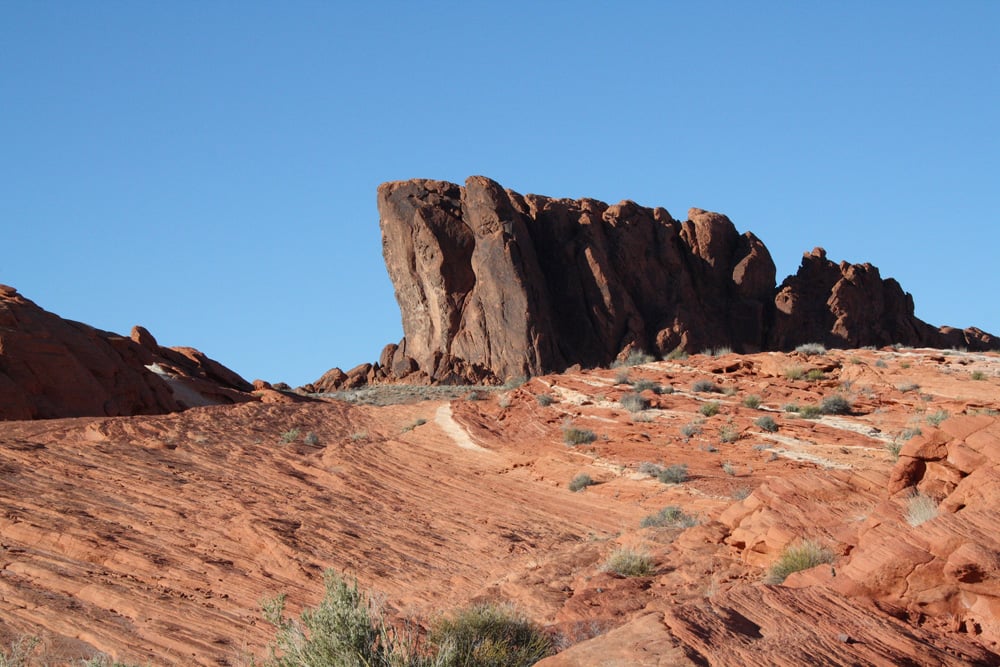 Valley of Fire in January

Each winter month has an average precipitation of at least 14mm, peaking at 16mm in February; unlike in summer, precipitation mainly derives from light showers. Although sunny days are still common in winter, this season has the highest number of overcast days – with more than three on average for each month.
Below you’ll find even more detailed monthly temperatures (swipe left and right within the table on mobile devices. On desktop drag the bar left and right):

You are probably visiting from Las Vegas. If you haven’t booked your hotel yet, find the Top 10 Hotels in Las Vegas (via booking.com with a low price guarantee). Bookmark the link. You can also check the hotel deals below (bookmark the results page to save money!). 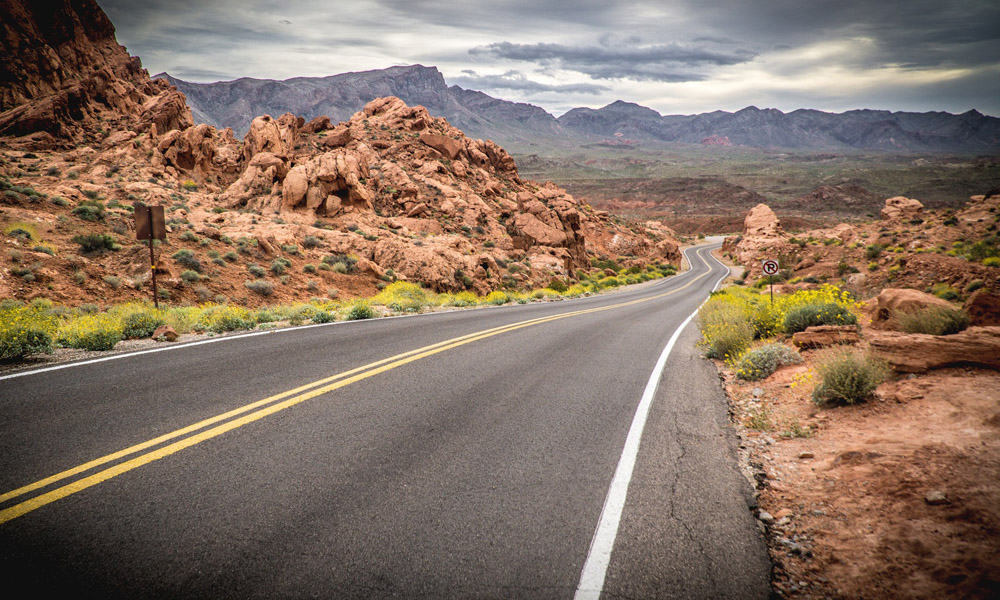 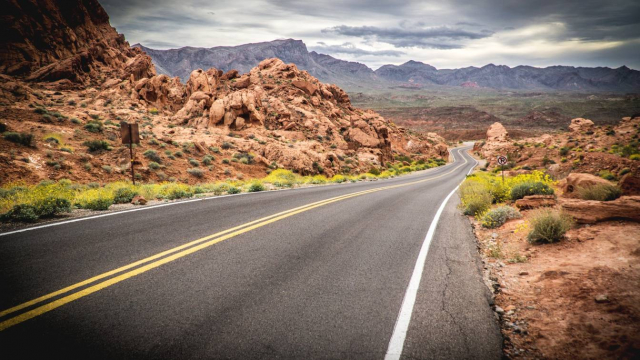 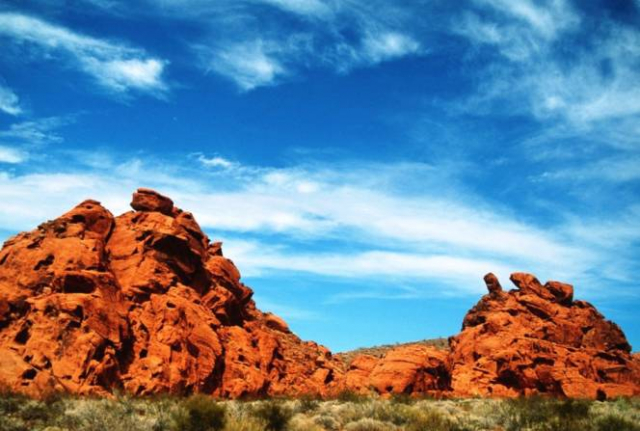 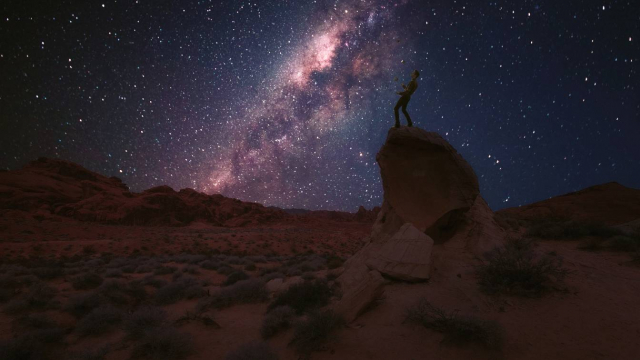 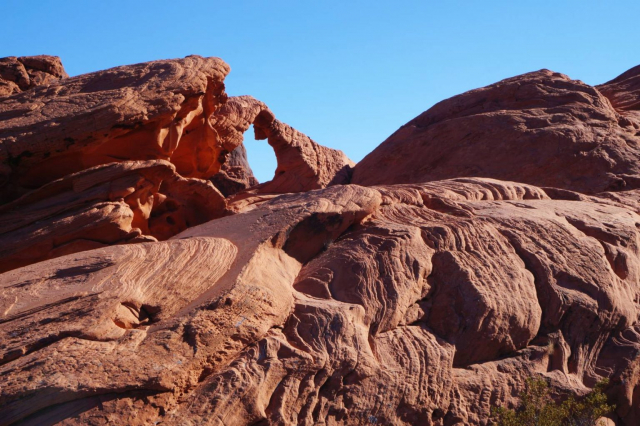