Vancouver Island is one of the best locations worldwide to spot orcas (killer whales). It’s also a great area for humpback whale sightings. We will give you helpful tips and insights for your next visit because we have been on many Vancouver Island whale watching tours in recent years.

The best time for whale watching around Vancouver Island is between April and October. Orcas and humpback whale sightings are almost guaranteed during that period. 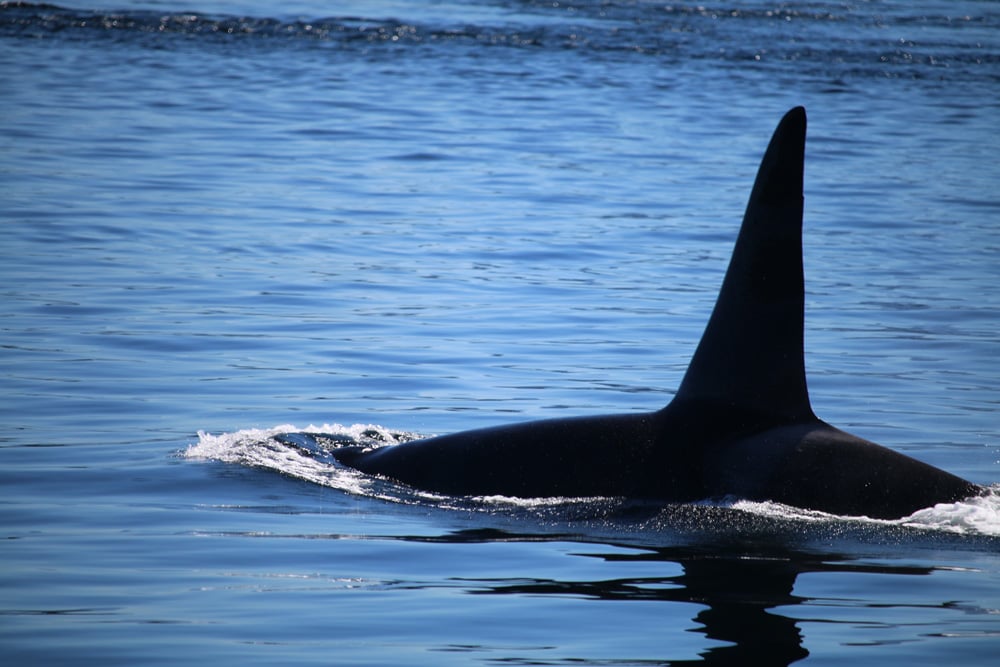 The whale watching season in Vancouver runs from April until October. However, it is possible to see whales outside of the official season. Especially in February and March, some operators offer tours to see gray whales.

But still, from our experience, the recommended season for great whale sightings is between April and October.

💡 Capacities are limited, especially in the peak season, so get your tickets early enough! We always bought our tickets in advance. However, you are free to try making reservations later, of course.

Our personal favorite is the 3-hour whale trip on a covered boat, which is extremely comfortable and with amazing staff! 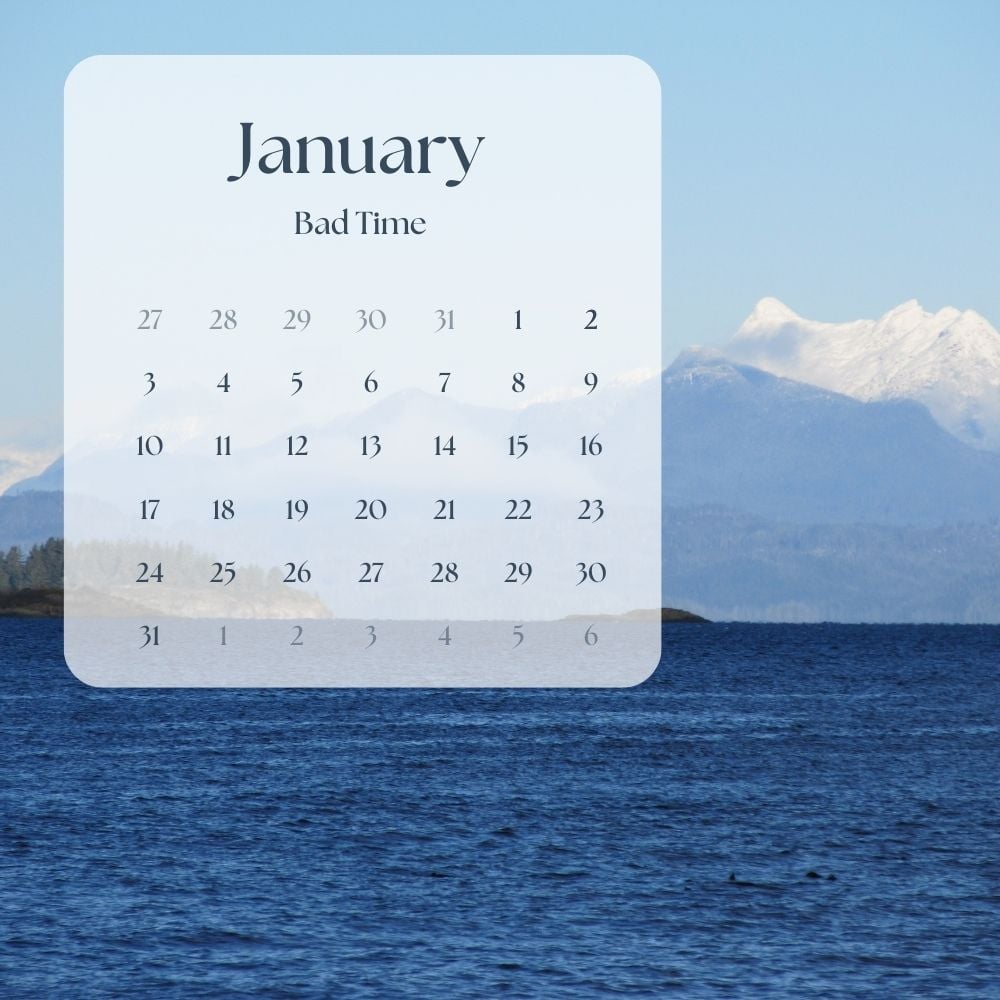 January is a quiet month for whale watching in Vancouver. Transient killer whales might be seen, along with the occasional Harbour Porpoise or pod of dolphins. 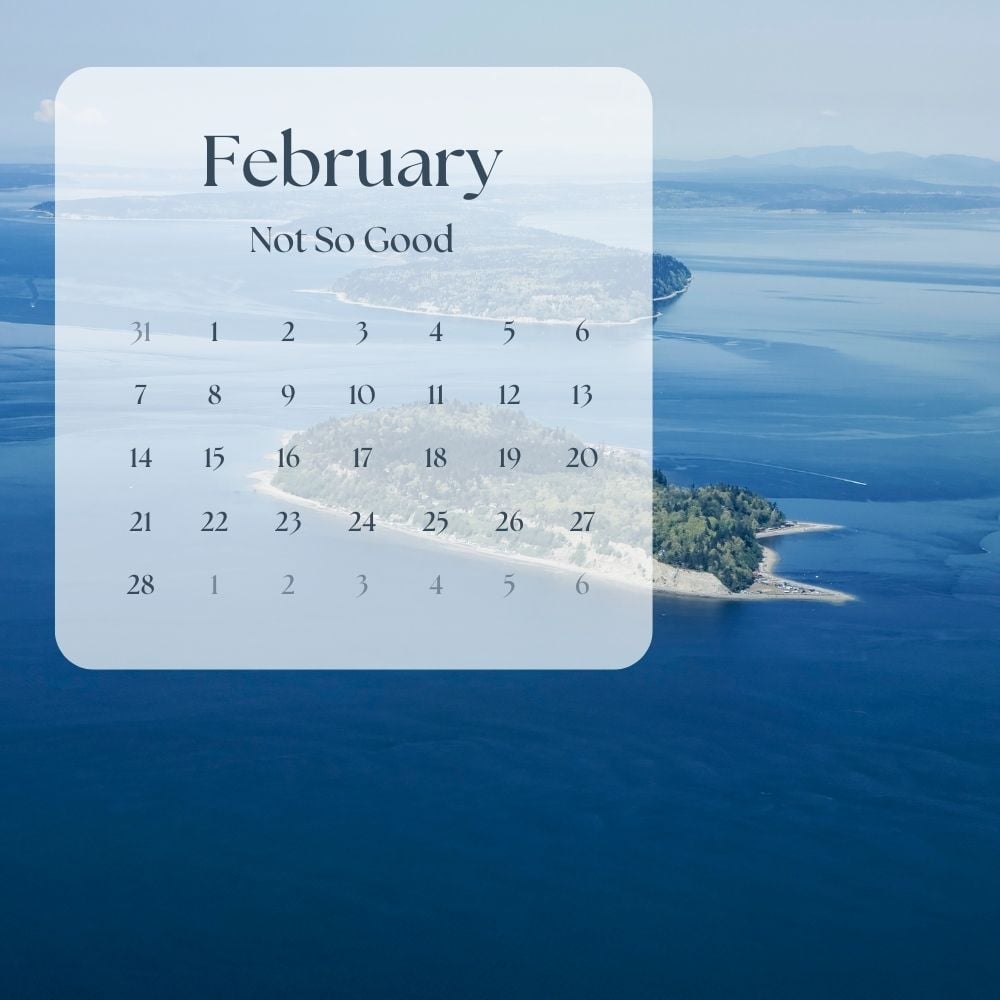 In February, the weather remains unpredictable and usually cold. Killer whales and Harbour Porpoises are the most common sightings, along with a few early gray whales. It’s a good idea to come prepared with warm clothing to counter the chilly temperatures. 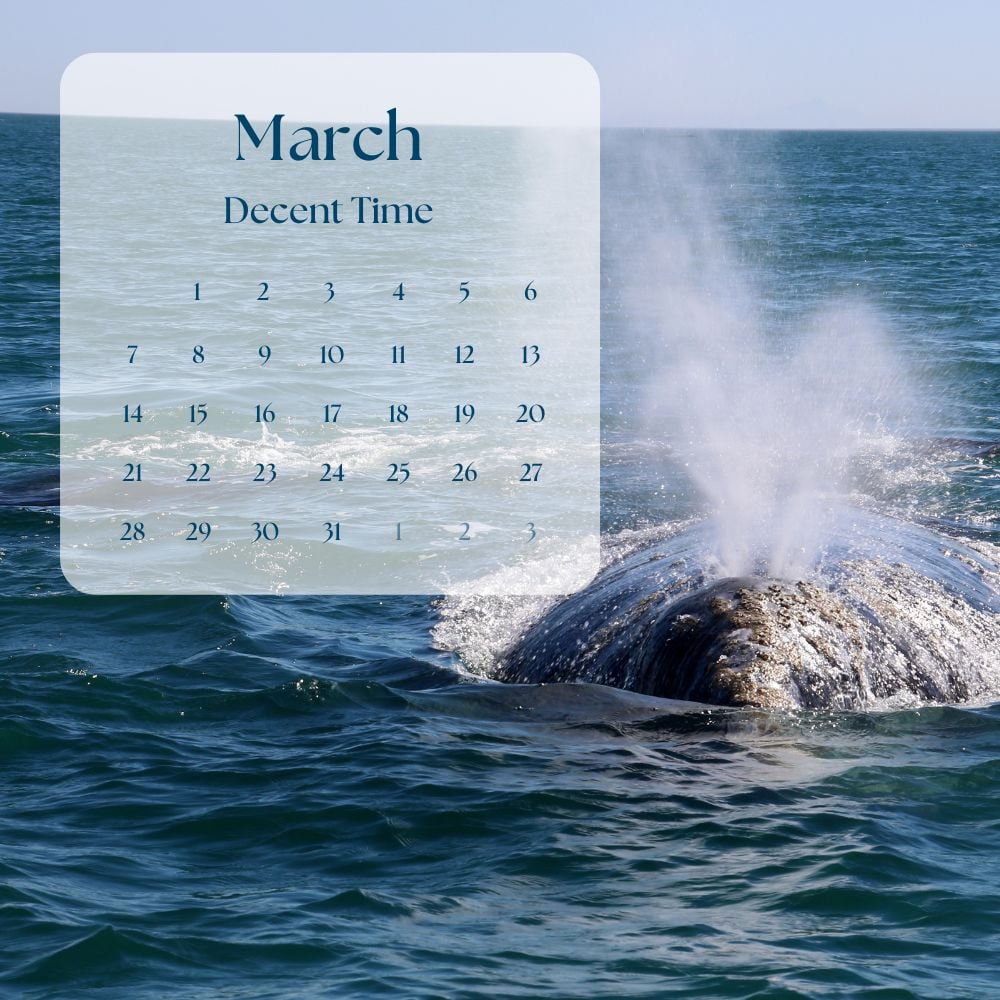 March is the first month of the Vancouver Island whale watching season and offers chances to see gray whales on their northwards migration. It’s also possible to see killer whales during this month, as well as Harbour Porpoises. 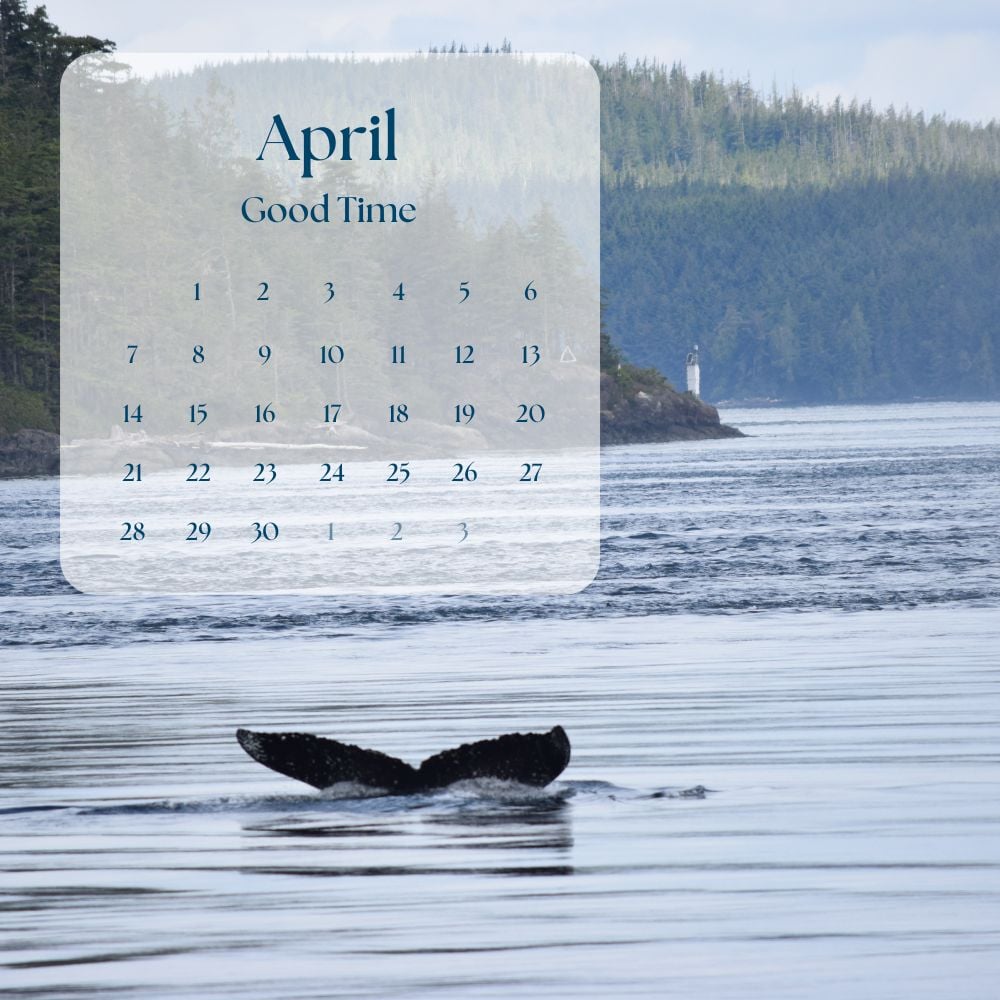 April starts to bring warmer temperatures to Vancouver Island’s waters, which encourages a few early humpback whales to visit. Gray whales can still be seen at this time and the occasional pod of killer whales might also be spotted. Harbour Porpoises remain common sightings. 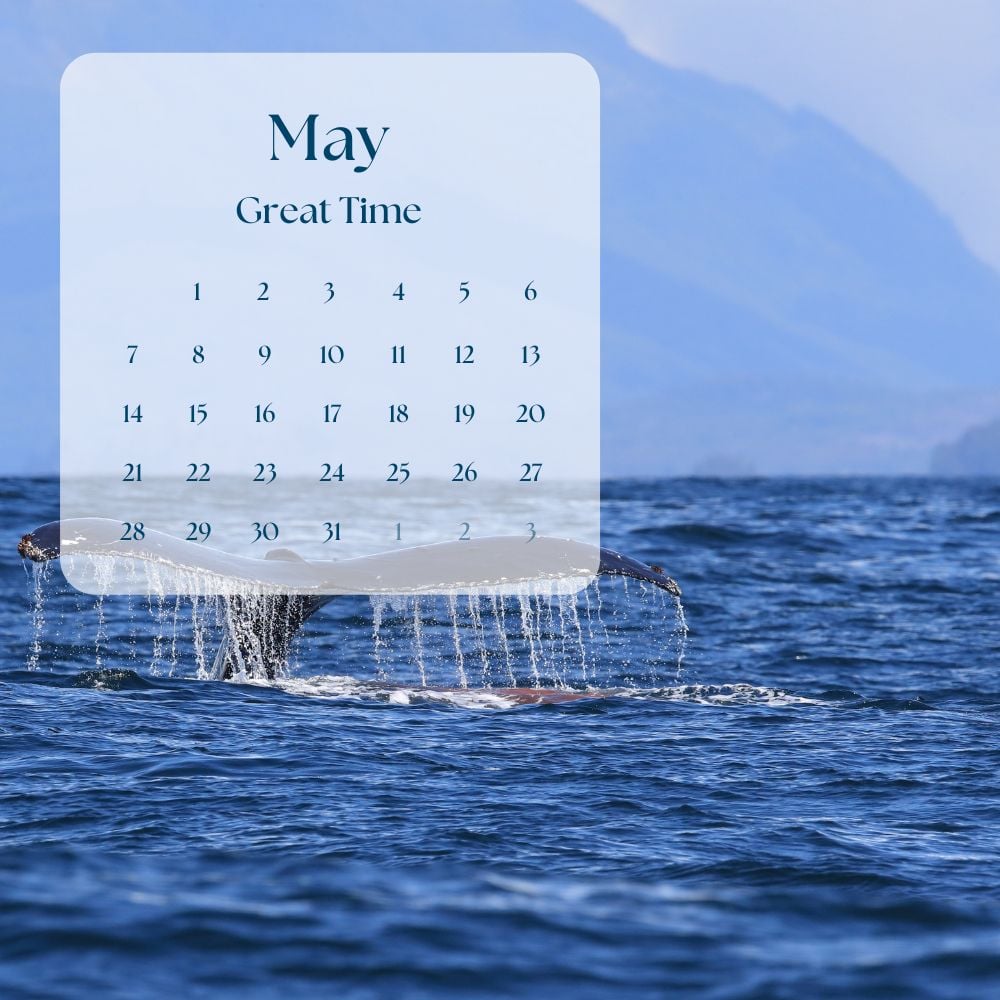 In May, killer whales begin to move closer to the shore of Vancouver Island and can be seen more often. Humpback whales also begin to be sighted regularly, as more individuals arrive from southern latitudes. May is usually the last month when you can spot migrating gray whales. 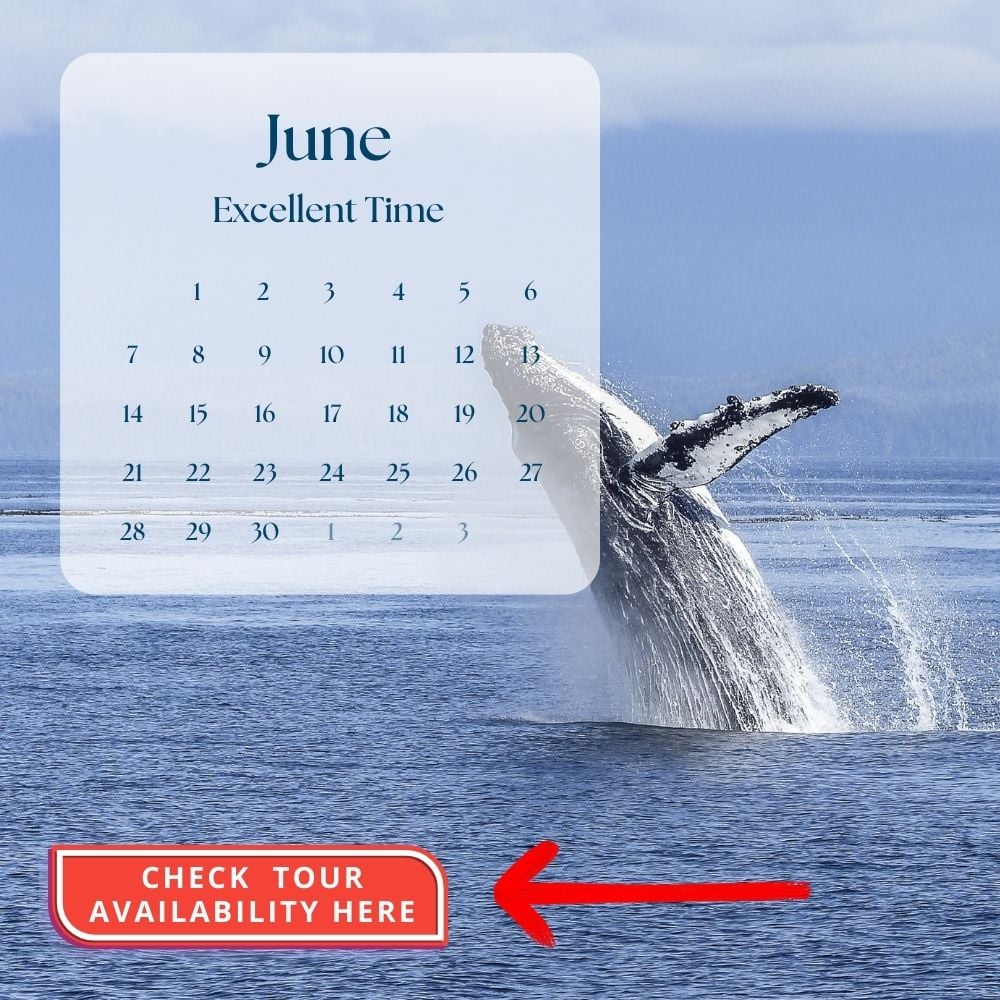 June is when summer takes over from spring and the warmer weather can make it more comfortable to be out on the water for whale watching near Vancouver Island. Humpbacks and killer whales are the highlights of this month, but you might also be lucky to see Minke Whales and Harbour Porpoises. 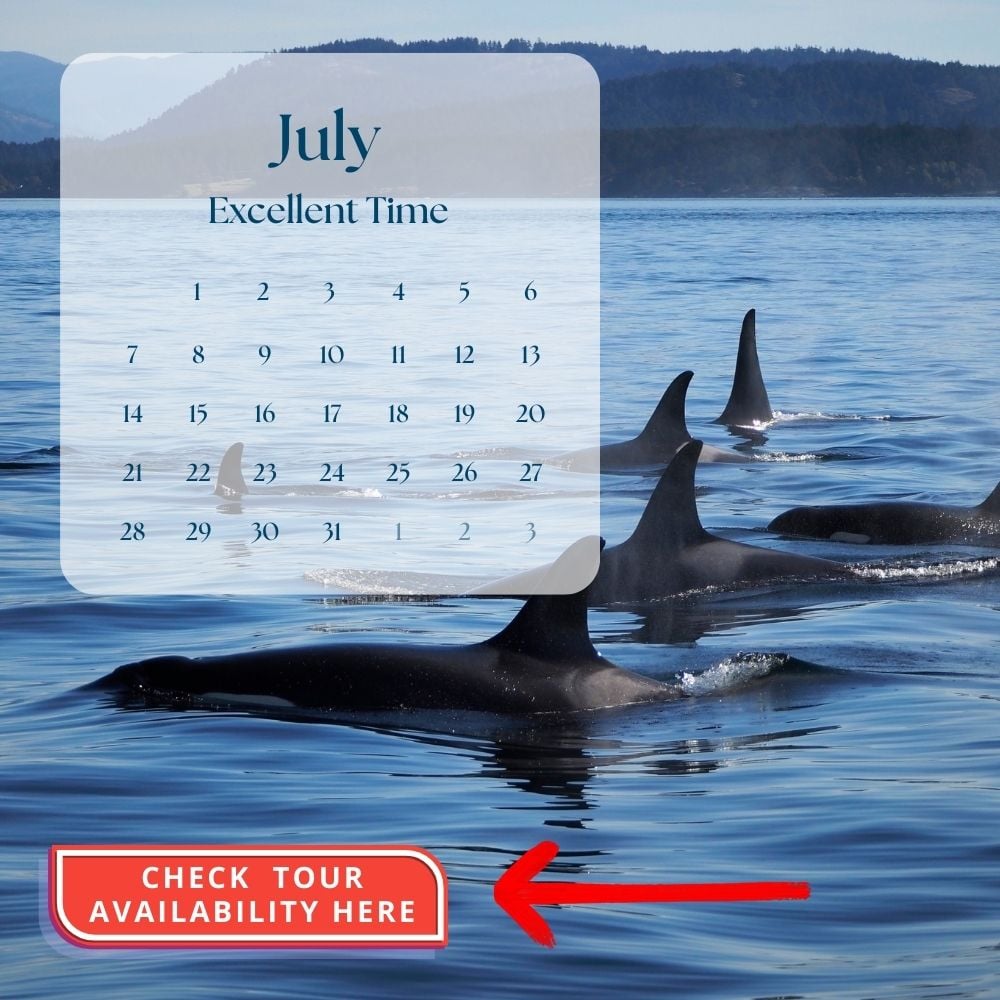 In July, minke whales begin to visit Vancouver Island’s coast in greater numbers, although sightings will often be rare. Humpbacks and killer whales remain the most common sightings on trips and Harbour Porpoises can also be seen. 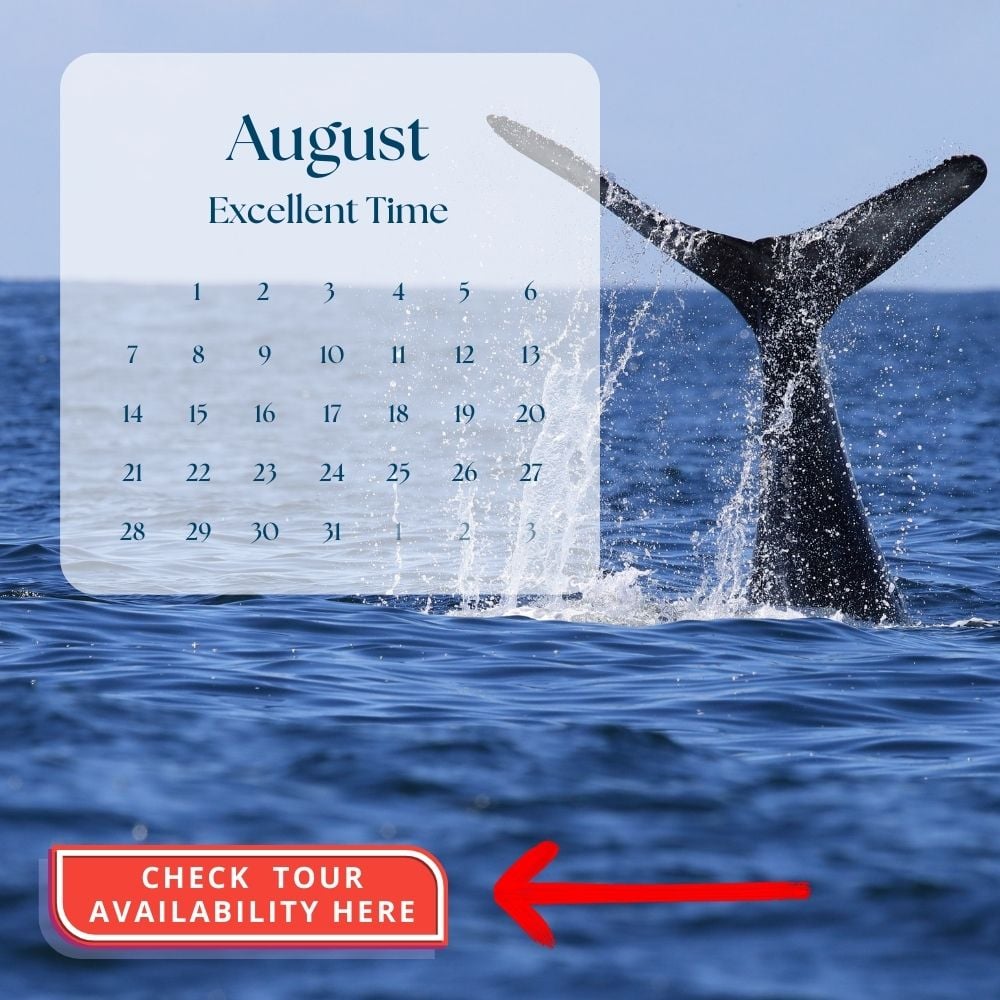 August can be one of the best months to see killer whales in the waters of Vancouver Island, as they are attracted to the coast by the prevalence of seal pups. The number of humpbacks also starts to peak, although this can often be one of the busier months of the year onboard tour boats.

Once, we saw a large pod of humpback whales and a killer whale on an early morning tour in August. 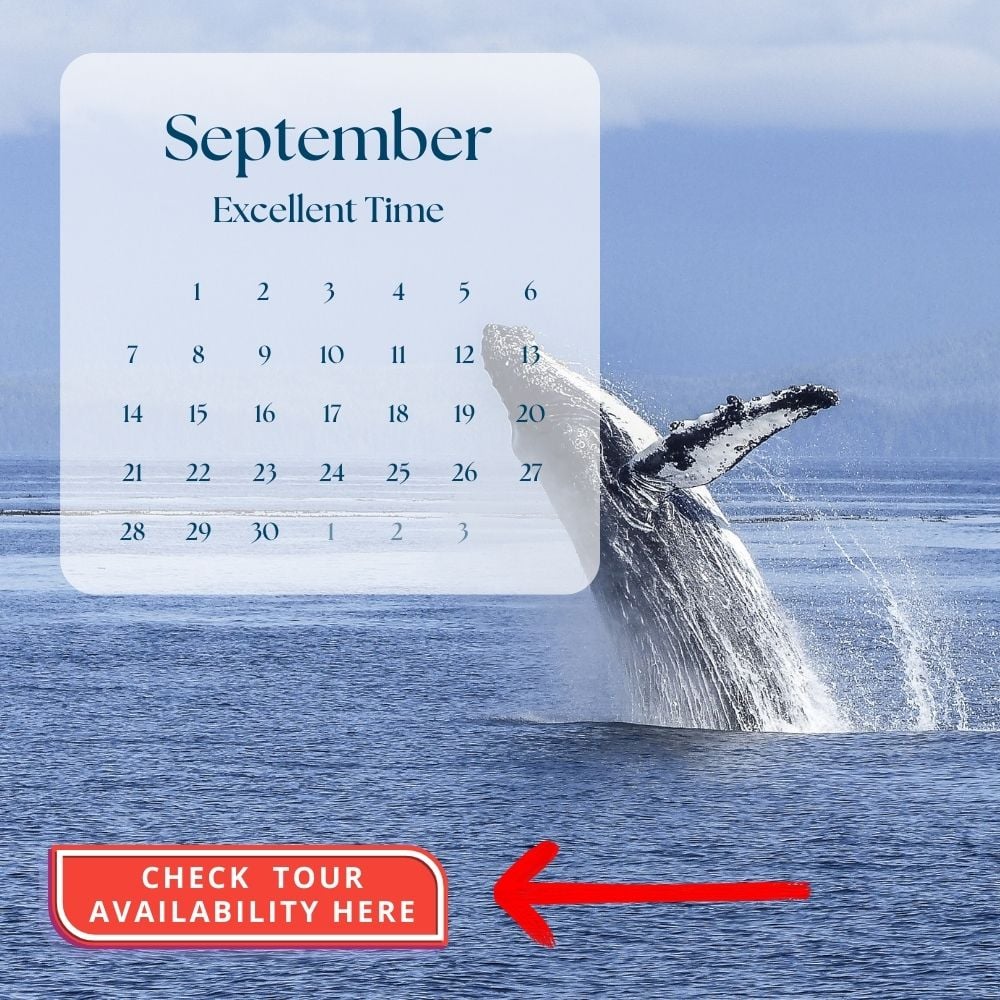 In September, the weather begins to get a little cooler, however, this can be one of the best times to see humpback whales on Vancouver shores. The occasional minke whale might be seen and you can still expect good chances to spot killer whales and Harbour Porpoises. 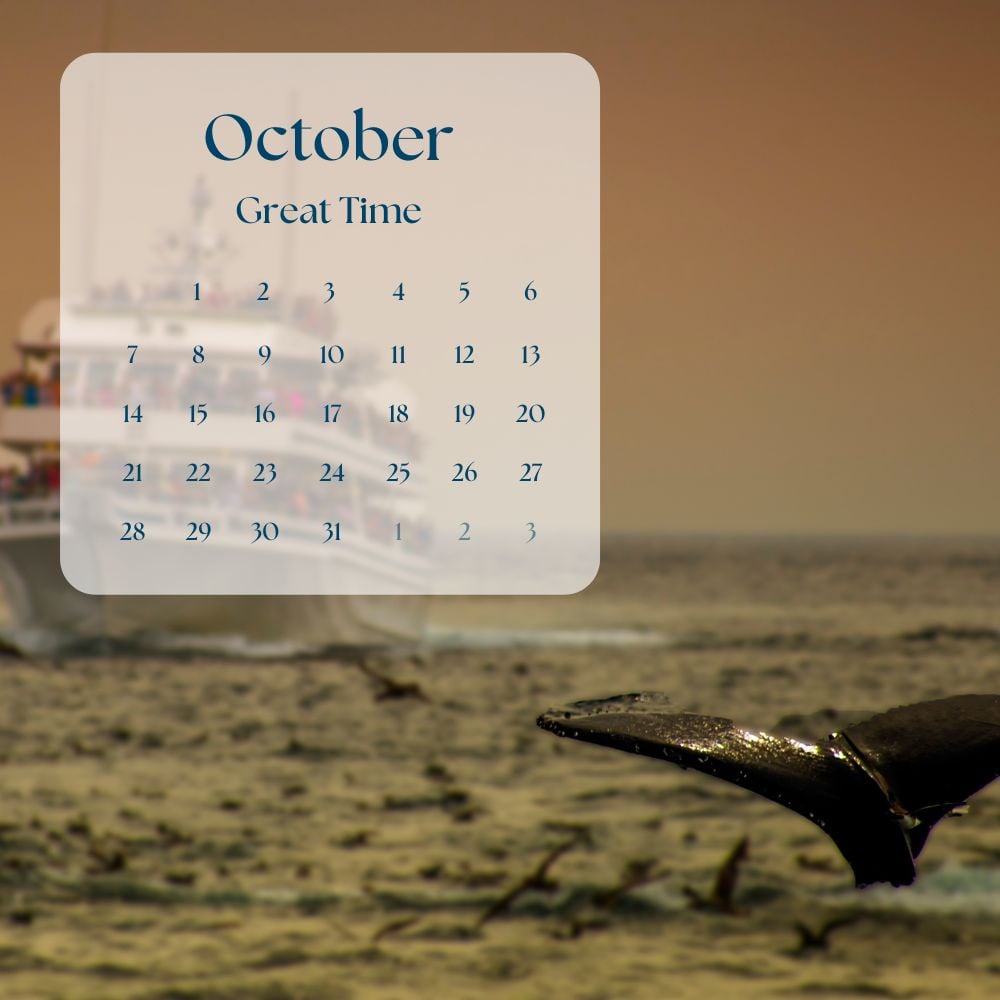 October is generally the last month of Vancouver Island’s whale watching season. Minke whales and humpback whales start to migrate southwards during this time and so October is generally your last opportunity to see these species. Killer whales may be spotted also. 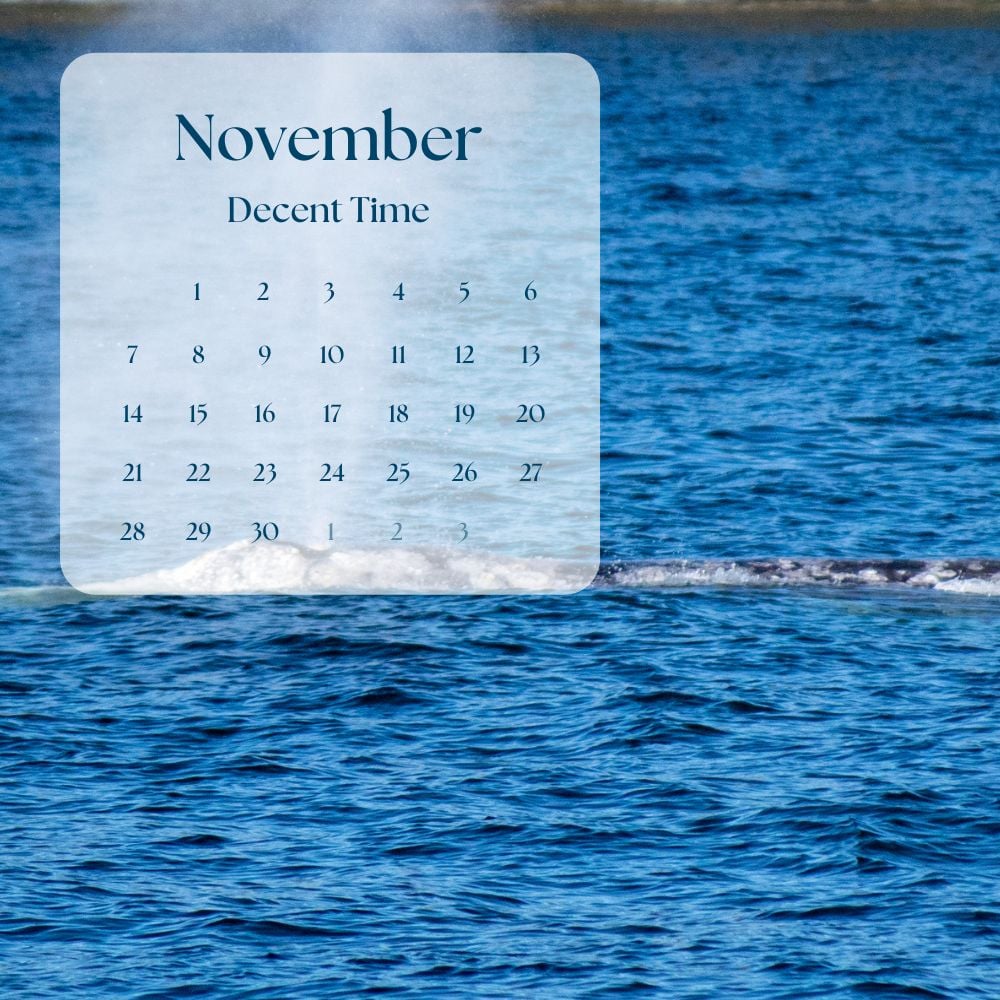 During November, gray whales will be migrating south along the coast of Vancouver Island and can be seen on rare occasions. Harbour Porpoises and dolphins are seen regularly. 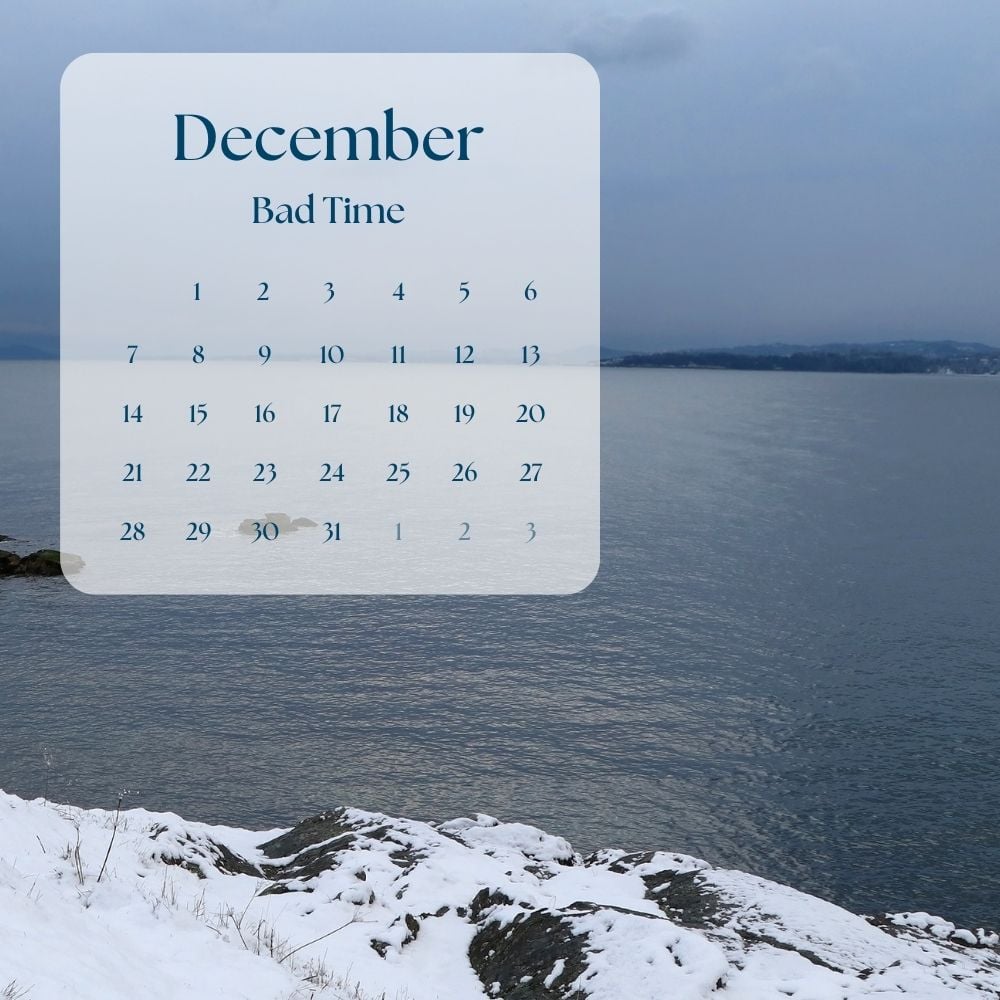 In December, chances to see whales around Vancouver Island are very limited, although there will occasionally be killer whale sightings. Porpoises and dolphins may also be spotted by those willing to brave the colder temperatures of this month. 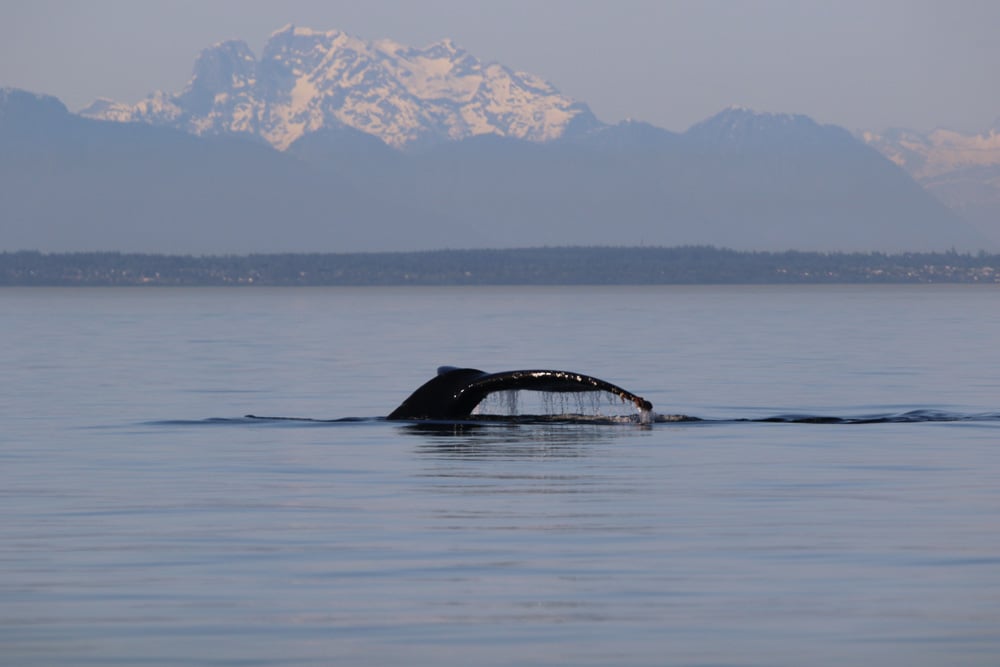 Vancouver’s whale watching season coincides with the warmer temperatures of summer and the months on either side. This time of year brings a huge increase in the nutrients available in the waters around Canada, which in turn attracts many marine mammals looking to capitalize on the abundance of food.

Whale watching in spring? The spring months can be a great time to catch gray whales on the final stages of their incredible 10,000km migration from the warm waters of Mexico. Keep an eye out for young individuals who will be making the journey for the very first time, accompanied by their mothers.

The best time: During summer, humpback whales visit Vancouver in large numbers and you can expect good opportunities to see this spectacular species in all its glory.

Often a favorite for whale watchers, the humpback has gradually become more common in Canadian waters in recent years. humpbacks can be identified by their stocky bodies and the distinctive curve of their backs. If you’re lucky, you might see one breaching or tail slapping.

Killer whales are another highlight of the summer months, with both resident individuals and transient animals being sighted. The residents are separated into two populations – the northern residents and the southern residents – reflecting where the populations are found in relation to Vancouver Island. Transient killer whales on the other hand roam from region to region and usually form smaller pods, with sightings tending to be more unpredictable.

Minke whales: The last whale to frequent the northwest coast of North America is the Minke Whale – one of the rarer species found in Vancouver’s waters. They spend most of the year in more tropical climes, choosing to migrate northwards during the summer.

Minke Whales have a tendency to be rather elusive, even in areas where they are common, so you’ll need to have some luck on your side to catch a glimpse of this magnificent species.

If you visit the east coast, check out our article about whale watching in Boston (a complete season guide).

When whale watching on a tour, it always helps when the operators are experienced in what they do. In the Vancouver Island area, we highly suggest one of the three tours (see banner above), which operate from the city of Victoria.

Excellent Staff: Their onboard naturalists are both knowledgeable and enthusiastic and are fully committed to making each trip a fun day out while also maximizing your chances of seeing whales. The best part is, if you aren’t lucky enough to see any whales, they’ll offer you another trip for free.

Vancouver Island whale watching tours are being offered from Victoria and the towns of Ucluelet or Tofino on the west coast.  Some operate on the east coast.

Getting to Victoria from Vancouver

If a whale watching trip in Victoria on Vancouver Island is part of your Vancouver itinerary, we got you covered.

The cheapest way of getting to Victoria on Vancouver Island without a car is by taking the bus and the ferry, which takes about four hours.

Take the Canada Line from any close station to your hotel and ride the SkyTrain to Bridgeport Station. Take bus 620 from Bay 11 to Tsawwassen ferry terminal and expect the bus ride to take about 45 minutes.

Now, buy the ferry ticket(s) to Victoria. The ferries depart every hour: Check the schedule here. The first one typically starts at 7 AM in the morning. The crossing to Swartz Bay takes about an hour and 35 minutes.

Then, take the 70 express bus or 72 bus to Victoria. This takes a little longer than an hour using the express bus.

We recommend staying at least one night in Victoria. Take the 70 or 72 from the stop at Government and Superior Streets to return to Vancouver. 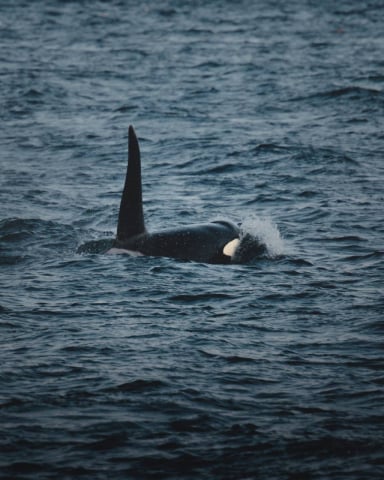